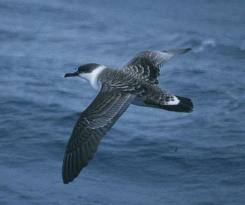 Shearwater is the name of an ocean-going bird and in 1961 it was proposed as the name for a new school in Wedgwood.   Neighbors protested because the name Shearwater also referred to a large area of wooden barracks-style housing, used by Navy personnel attached to Sand Point Naval Air Station. As an alternative, the name Stephen Decatur was chosen for the new school, referring to a Naval hero of the War of 1812.

The present-day Thornton Creek School at Decatur, 7711 43rd Ave NE in Wedgwood, was built in 1961 with an expansion in 1966.  The school has had a stormy history, beginning from the time of the Shearwater housing on the site in 1945.  Valarie’s Wedgwood in Seattle History blog has begun a five-part series of articles telling the story of the Shearwater Navy housing, how Decatur Elementary School came to be built and what finally happened to the Navy buildings.