The greater northeast Seattle area is rich in resources for observing plants and animals in nature. From the Center for Urban Horticulture to the Washington Park Arboretum, from Yesler Swamp to Magnuson Park, there are gardens, wetlands and parks to enjoy throughout the year.  Although the nesting season for birds is over, there are blogs and WildWatchCams which track birds and animals year-round.  Seattle Audubon in Wedgwood, 8050 35th Ave NE, is a great resource for information about birds, animals and plants. The Seattle Urban Wildlife page highlights events about plants and animals in Seattle’s environment.

The Miller Library at the Center for Urban Horticulture, 3501 NE 41st Street in Laurelhurst, has an on-line “garden questions” link, and the library itself is open for anyone to browse and check out books.  At the Miller Library, monthly story times for children ages 3 to 8 are given on nature themes.   The next story time will be this Saturday morning, September 29, 10:30 to 11:15 AM on the topic of apples. 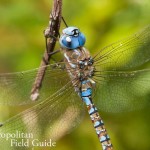 The UW Botanic Gardens webpage includes information for the Union Bay Natural Area, a public wildlife, natural restoration laboratory, and important habitat next to Lake Washington.  With four miles of shoreline, it is the second largest natural system left on the lake.   Considered one of the best bird-watching sites in the city of Seattle, over 200 species of birds have been sighted here.   Constance Sidles has a blog about the birds and animals she sees in the Union Bay Natural Area and along the Yesler Swamp Trail which begins east of the Center for Urban Horticulture parking lot in Laurelhurst.   The trail is a part of the Union Bay Natural Area, and work parties are hosted by the Friends of Yesler Swamp. 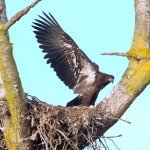 The mission of the Union Bay Watch blog is to promote the appreciation of wildlife on and around Union Bay, which touches Montlake and the University District at its northeast corner.   The adventures of peregrine falcons, herons and eagles are documented on the blog, including the family of eagles who live on the Broadmoor Golf Course and fly around the areas of the Arboretum, Montlake and the 520 bridge.   Commenters may post sightings of where they have seen the eagles during the day, including eaglets Eleanor and Eva who most recently learned to fly.