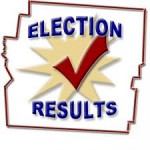 While the WCC is a nonpartisan organization, we wish all three of our District 46th legislators luck and success!