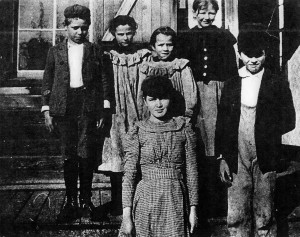 The Wedgwood neighborhood name “caught on” after developer Albert Balch built his first group of Wedgwood houses in the 1940’s.  By the time the neighborhood finally got its own elementary school in 1953, “Wedgwood” was chosen for the school, as well.  Other neighborhoods of northeast Seattle went through the “identity crisis” of name changes. Often the school in each community was the determining factor in a neighborhood name because the schools were the heart of their communities.  This week, Valarie’s history blog tells of a school just to the north of Wedgwood which was founded in the 1890’s, but whose name is no longer in usage.  Wedgwood’s neighbor to the north is now called Meadowbrook.