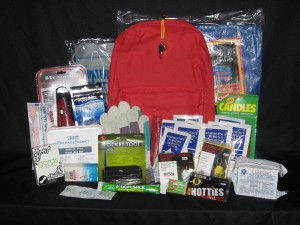 Congratulations – we survived the “end of the world” that was predicted in December.  Whether you were concerned about that or not, now is a good time to reflect: had there been a natural disaster that day, would you have been prepared?  Would your neighbors have been ready?  And would the overall community been able to help you if you faced issues that were bigger than you or your neighbors could handle?

A number of people in NE Seattle have been working on these questions over the past year or two, and some changes can be seen.  Many families have prepared disaster kits for their homes.  More than a dozen new blocks have organized disaster plans.  And emergency communications hubs have been planned and/or tested in Wedgwood, Maple Leaf and Lake City.  That is good progress, but more needs to be done.

In drills run at the communications hubs in 2011 and 2012, we practiced sending radio messages to Seattle’s Emergency Operations Center – with made-up scenarios saying that we had a fire at a specific address, or someone who needed kidney dialysis.  These were fun drills, and everyone seemed especially eager to try out the radios.

However, through those drills, the city realized the radio system would be overwhelmed by traffic were we to be reporting individual incidents.  Now, the process will be to call in only generalized community assessments, as well as incidents that involve more than 100 people.  All other situations, and often the large reported incidents as well, need to be dealt with by local community resources.  Which means that we need to organize things ahead of time, so that these resources are ready.

So we’re hosting a meeting on Wednesday, January 30th from 7:00-9:00 PM at the Wedgwood Presbyterian Church to bring together people in the community who are willing to come and help figure out what needs to be done to get our community prepared.  This will be a working meeting, with participants asked for input, suggestions and ideas, and from this we hope to determine what the most important steps are for getting our community prepared for a disaster.

Please join us for this meeting.  Remember, preparations done before a disaster will reduce the impact of that disaster.  We’re not a gloom-and-doom bunch, just pragmatists with a goal.  Eventually there will be a major earthquake here, so let’s be prepared to help each other.  Know that, be prepared for it, and hopefully it will happen many generations from now.  In the process, getting involved and meeting your kindred spirits from the neighborhood can be fun.  We will work hard to make this meeting enjoyable, interesting and productive.