Home »Land Use»Waiting for a Park in Wedgwood 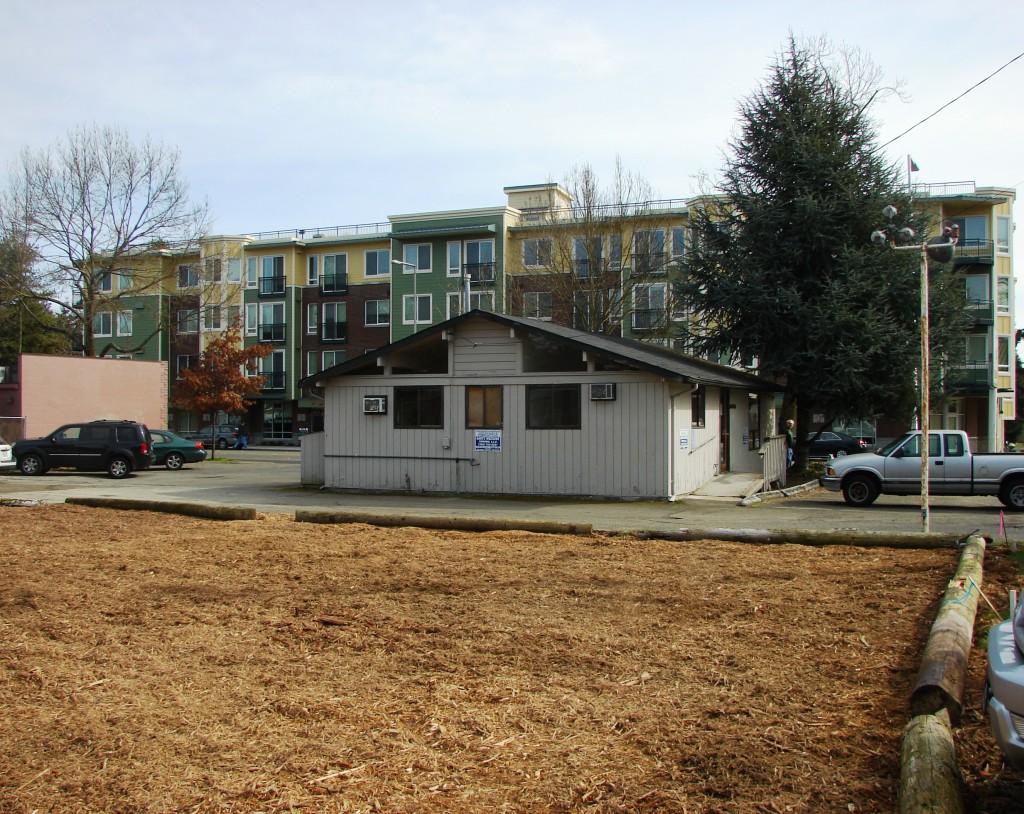 The building at 8605 35th Ave NE must be removed before environmental clean-up can be completed.

As of the end of the month of March, some environmental clean-up work was done at the site of a future park in Wedgwood, 8605 35th Ave NE.  Dirt was excavated to a depth of five feet and was removed because of the presence of contamination still remaining from when a gas station was there in the 1950’s.  The contamination extended to the roots of the trees so they had to be removed, as well.  Further work is on hold until removal of the building at the front of the lot.  Here’s what we know so far:

The property is owned by City Light and is called Morningside Substation, from the time when there was an electrical substation on the now-cleared portion of the lot.  The owner of the building at 8605 has a ground lease from City Light.  The building has been there since about 1968 and the building owner has leased it to different businesses over that time.  The most recent business, a hair salon, does not own the building.  The salon closed in November 2012 and the stylists redistributed themselves out to other locations.

City Light must complete the environmental clean-up work at 8605 35th Ave NE before transferring the property over to the Parks Department.  But they can’t finish the work until the building is removed.  The owner has been advertising the building as free to anyone who wants to take it away, but there have been no takers.

After the site is prepared and ownership is transferred over to the Seattle Parks Department we don’t know how many years it will be until the site will be developed, because Parks currently has a moratorium on new projects.  September 2013 update: There are indications that the stalemate over who will pay to remove the building on the site, may be resolved by the end of the year 2013.   Seattle Public Utilities (City Light) will have to find money to pay a contractor to demolish the building.  The Wedgwood Community Council continues to monitor this process.

2 Replies to “Waiting for a Park in Wedgwood”