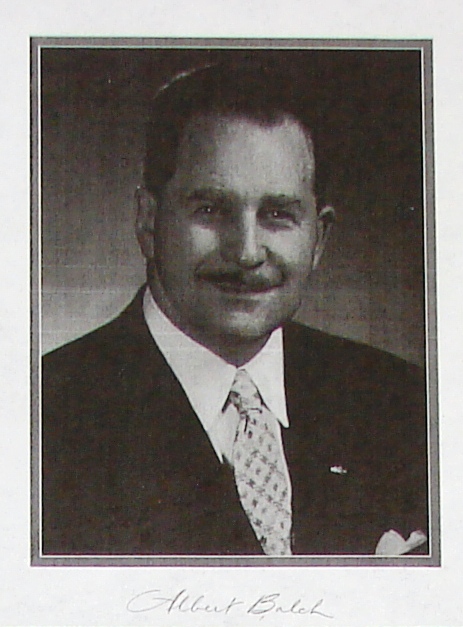 This week on Valarie’s history blog is the first installment of the story of Albert Balch, 1903-1976.  Balch was a developer who built hundreds of houses in View Ridge and Wedgwood.  He did not set out to name the whole neighborhood “Wedgwood” but the use of the name spread and gave the community a sense of identity.

Balch grew up in small towns and yet the topic of his high school valedictory address was, “How to Build a City.”  He attended the University of Washington and like many people, after college graduation he struggled to get established in a career.  Balch did not have training in real estate or construction, but he found his career calling in his thirties after he and business partner Ralph Jones developed the View Ridge neighborhood.  After five years’ experience in View Ridge, Balch was ready to “build a city,” the original Wedgwood plat from NE 80th to 85th Streets, 30th to 35th Avenues NE.