On March 25, 2013, a stroll through the Wedgwood neighborhood turned into death and heartache for the Schulte family. The tragedy has led to extensive work by City of Seattle traffic engineers to make streets safer, and our state legislature in Olympia is working on more effective traffic laws. 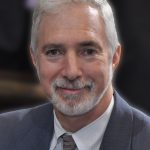 Wedgwood’s representative in the state legislature, Gerry Pollet, spoke at the May 15 Wedgwood Community Council meeting.

At the May 15, 2013, Wedgwood Community Council meeting the focus was on the issues and problems of impaired drivers, sometimes called Driving Under the Influence (DUI). Northeast Seattle’s District 46 representatives to the state legislature, Gerry Pollet and Jessyn Farrell, spoke about the work being done to change DUI laws. They were joined by Rep. Roger Goodman of District 45, Kirkland area, who is chairman of the Public Safety Committee in the State House of Representatives.

The meeting opened with an update from Marilyn Schulte on behalf of her family. Marilyn’s parents Dennis & Judy were killed by a drunk driver on NE 75th Street on March 25, and her brother Dan’s wife and newborn baby were badly injured. Speaking directly to Marilyn Schulte, Rep. Gerry Pollet asked her to tell the other Schulte family members that “this horrible sacrifice is having an impact.”

The first speaker of the evening was Courtney Popp, a Traffic Resource Safety Prosecutor for the State of Washington. In this role, Ms. Popp acts as a liaison between prosecutors, law enforcement, the judiciary, community groups, and other stakeholders in the fight against impaired driving. Washington’s prosecutors need the support of other agencies and the community to combat DUI. One very effective community agency is the Mothers Against Drunk Driving (MADD) which fights DUI. Ms. Popp joined the MADD board of directors in 2011. In this capacity she connects her legal knowledge with her commitment to end impaired driving. 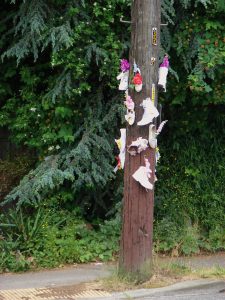 In Spring 2016 schoolchildren posted a “shoe memorial” at the site where the Schulte family stepped off of the curb to cross NE 75th Street on March 25, 2013.

Ms. Popp explained how DUI cases are the most scientifically complicated cases with elements of the law, impairment/addiction, family issues such as the need of counseling and societal norms including our “car culture” – people just drive and drive and don’t want to give that up. The question was asked as to pairing DUI with confiscation of the driver’s car. Ms. Popp told how that had been tried, but the costs to the state were enormous. In addition to the impound costs, the legal issues of custody of the car proved to be disadvantageous. Some cars were not worth anything and the owners didn’t try to get them back, leaving the state stuck with the junker cars.  Cars which have value, often have car loans on them and technically the state cannot keep or destroy those cars. Impoundment of cars also has impact upon the driver’s family, in which the family might be unnecessarily punished and which does not address the real problem of DUI.

The question was asked of what a person should do if they see a family member or neighbor whom they believe to be impaired, get behind the wheel of a car. Ms. Popp recommended calling 911 and reporting the driver and license plate. She also recommended obtaining an ignition interlock for a vehicle, which family members can do so that an impaired person would not be able to drive. In the case of the Schulte family on March 25, as pedestrians the Schultes were struck by a drunk driver who had been ordered to put an ignition lock on his vehicle, but had not done so. This question was addressed by members of the state legislature at the May 15 Wedgwood meeting. 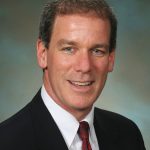 Representative Roger Goodman of the state legislature spoke at the Wedgwood meeting about drunk driving.

Rep. Roger Goodman of District 45 (Kirkland) has a criminal justice background and is House Democrat Point Person on the new proposed DUI laws. Statistics show that drunk driving and domestic violence are the top sources of crime in the state of Washington. In the last few years deaths by DUI have been reduced by 35% but the laws still need to be strengthened. The first most effective way to reduce alcohol-related fatalities is to change our culture: make drinking + driving totally unacceptable. People need to uncouple cars + drinking so that a person who is impaired does NOT drive. The second most effective way to reduce DUI deaths would be to do random roadside checkpoints. It seems obvious that city police or state troopers could stop drivers and do breathalyzer tests just down the block from a tavern where people are leaving via car. The reason why this is not done is because of Washington’s stringent privacy laws; our state constitution protects privacy more than thirty-nine other states in the USA, and random sobriety checks are not allowed.

Rep. Goodman said that the third most important and effective way to prevent DUI is ignition interlock devices, and pairing that with a specially marked drivers license. The state of Alaska, for example, has drivers licenses which have the notation of an ignition interlock; therefore when serving alcohol the restaurant or bar asks for the identification to know that the person cannot drink and drive. 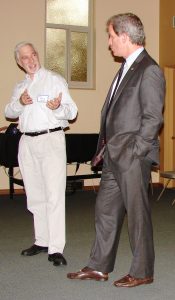 State Representatives Pollet and Goodman spoke to issues of drunk driving and what legislation can address the issue.

Statistics show that in the state of Washington about 80% of those who have had their driver’s license taken away, still continue to drive, and this was the case of the driver who hit and killed members of the Schulte family. Rep. Goodman talked about the important bill now being worked on in the Special Session of the state legislature which would strengthen laws and increase monitoring of repeat offenders. Rep. Goodman, along with our District 46 representatives Gerry Pollet and Jessyn Farrell, are working on this important new bill and it is recommended that everyone write to our legislators and show your support. The bill would strengthen laws for repeat offenders, and increase monitoring of repeat offenders. Some of the provisions of the new law would be to keep offenders in jail for up to 48 hours and require appearance before a judge within that time. The ignition interlock device would be ordered to be put on within five days, with the driver required to report back within that time.

The question was asked at the meeting as to why the justice system does not put on the interlock devices right away, instead of having the driver themselves do it. It is known that, like the driver who struck the Schulte family, repeat offenders may go for months without compliance and they continue to drive, with or without a valid license or an interlock device.

Rep. Goodman explained that part of the answer is in the laws having to do with “due process” and legal custody of the car, and part of the problem is the money needed to enforce compliance. It takes people to monitor compliance, and at present there is not enough money in the state budget for compliance officers to keep up with the needed enforcement. These issues are being worked on in the state budget and Rep. Goodman also anticipates that federal money coming as of January 2014 can be used for chemical dependency/DUI treatment. The Affordable Care federal program (nicknamed ObamaCare) will provide funding for mandatory assessment and treatment of DUI offenders. Getting at the root of the impaired-driving problem, is a multi-pronged approach. 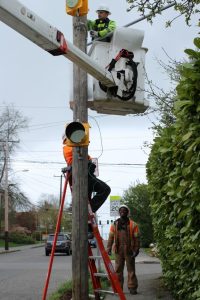 School safety zone speed cameras and flashing beacons have been installed on NE 75th Street to warn drivers of the presence of pedestrians around Eckstein Middle School.

District 46 representatives Gerry Pollet and Jessyn Farrell, along with City Councilman Tom Rasmussen, spoke about the coordination of traffic laws and transportation planning at the city and state levels. The Safe Routes to School program puts in street treatments to separate cars from bikes and pedestrians, and other physical improvements to streets can be done to slow drivers down.

Some of the improvements already put in on NE 75th Street are school-zone warning signs and a flashing beacon warning light. In recent meetings with Seattle’s transportation engineers, planning began for changes in lane markings on NE 75th Street which will be done this summer of 2013. The lane markings will help to slow traffic. Rep. Pollet remarked that on his way over to Wedgwood for this meeting, he travelled across NE 75th Street and other cars whipped around and passed him at high rates of speed. One of the top ways to prevent accidents is to slow the traffic, and many efforts, including physical street improvements and changes in traffic laws, are now being worked on.

What can we do? We can all participate in changing our culture’s approach to alcohol, making it unacceptable to drink and drive. We can support the NE 75th Street Road Safety Corridor Project and encourage everyone to SLOW DOWN. We can all write to our state legislators to support legislation, and as Wedgwood Community Council members we can participate in action on important issues.