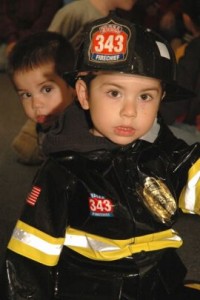 Admission will be FREE on Saturday, October 5, between the hours of 10 AM to 2 PM at the MOHAI museum on South Lake Union, for Seattle Fire Day co-presented with the Seattle Fire Department.  Future firefighters will be able to try on firefighter gear, climb on fire trucks, learn fire safety tips, see fire artifacts, and do crafts.

Traffic advisory: Since the time of its opening at South Lake Union in January 2013, it has been difficult to get to MOHAI because all of the streets around it are closed and torn up (the Mercer Mess) and there is NO parking at the museum site.  One method of getting to the museum is to take the 70 bus down Fairview Ave, get off by Fred Hutchinson/Marriott Hotel, and walk around the corner or take the South Lake Union Streetcar one stop to the museum.  Another way to get to MOHAI is to go downtown, then take the South Lake Union Streetcar from its beginning point in front of the Bank of America just north of Westlake Mall.  The streetcar is always a slow ride because it gets stuck in traffic.