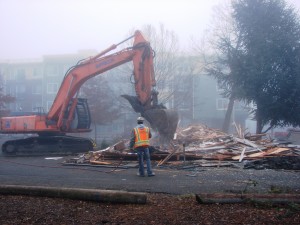 The little building at 8605 35th Ave NE was demolished on November 26. Seen in the background is the Jasper Apartment building.

The little building at 8605 35th Ave NE was demolished just before 8 AM on Tuesday, November 26.  This long-running story is explained in greater detail here.  The corner lot is owned by Seattle City Light.  It is to be purchased by Seattle Parks Department using previous levy funds.  However, there are many more steps to be accomplished before the site actually becomes a park.

The building owner was required to move the building if she wanted to keep it, but there were no takers for it.  Seattle City Light oversaw today’s demolition and a representative told me that the site will remain as-is, with asphalt and a tree at the corner.  On the back half of the site, work has already been completed to dig out contaminated soil.  No contamination was found on the front section, so no more clean-up work is necessary and that is why the asphalt will remain in place.

The Wedgwood Community Council continues to monitor the process and advocate for the site to become a neighborhood “pocket park.”  But we know that another Parks levy, tentatively to be on the ballot in 2014, will be necessary for funding for more sites like 8605 to be 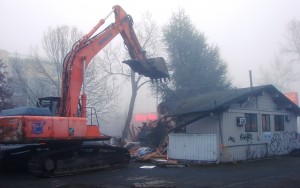 developed into a park. 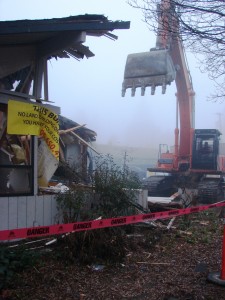 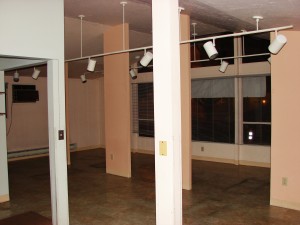 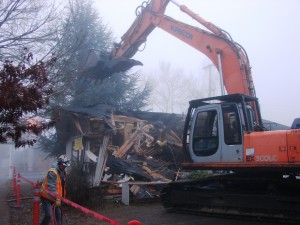 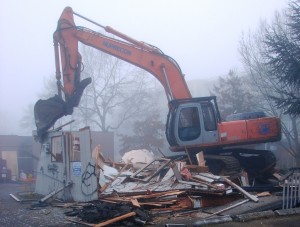