Home »Wedgwood History»What is the Definition of "Wedgwood?" 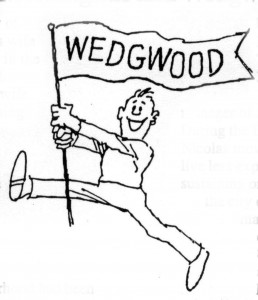 What is “Wedgwood” and where is it?  This question was first addressed by the Wedgwood Community Club in the 1950’s.  Wedgwood’s neighborhood identity formed in a period of rapid growth after World War Two, when Albert Balch was building a lot of houses in Wedgwood. Balch’s first group of houses, developed in 1941-1946, was called the Wedgwood plat from 30th to 35th Avenues NE, NE 80th to 85th Streets.  The name “Wedgwood” gradually caught on and became the identifier for the whole neighborhood.

The question of the boundaries and definition of Wedgwood impacts how we view changes and development.  Today, the City of Seattle has a comprehensive map which defines neighborhood boundaries.  Read more about Wedgwood’s “boundaries story” on Valarie’s history blog.