Home »Community Events»Brought to You by Hawthorne Hills

The Hawthorne Hills Community Council cordially invites everyone to their annual meeting with presentations on the topics of parks in Seattle and the new city council voting districts.  Hawthorne Hills, along with Wedgwood, is one of the neighborhoods grouped in the Northeast District Council.

The Hawthorne Hills neighborhood area is south of NE 65th Street, from 40th Ave NE to Sand Point Way NE.  Its main business district is at 55th & 40th where there is the Metropolitan Market and Fire Station 38.  The neighborhood was named for Hawthorne Kingsbury Dent, the founder of SAFECO Insurance, by the developer who bought H.K. Dent’s land. 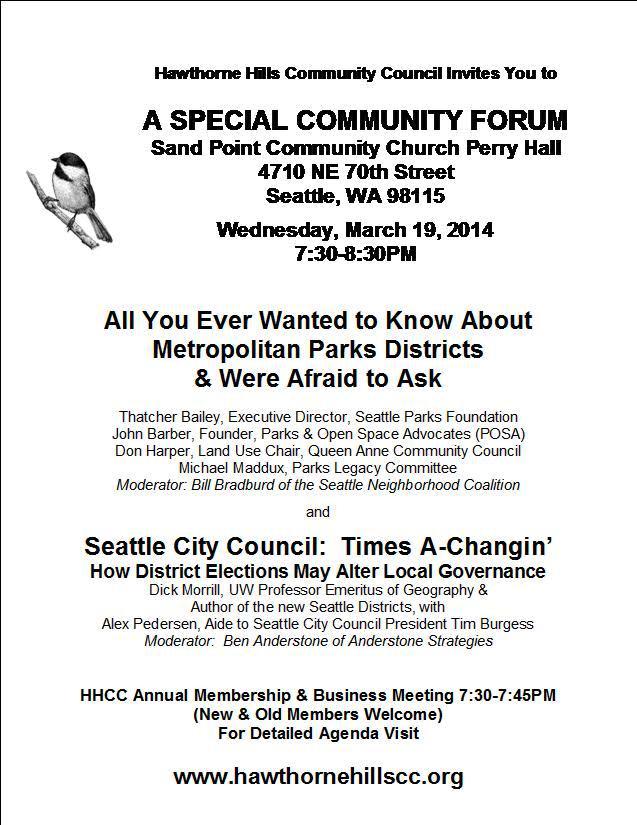