On Wednesday evening, March 19 from 6 to 7:45 PM at the Northeast Branch Library, hear HistoryLink writer Paula Becker tell about the history of the baby incubator in Seattle, from the early 1900’s to the present day.

Baby incubators have long been essential to neonatal intensive care units, a lifesaving technology that gives premature infants a chance of survival.  In its earliest decades, however, the baby incubator was a fixture of sideshows and carnival midways, not hospitals. 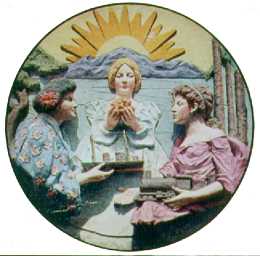 Emblem of the Alaska-Yukon-Pacific Exposition of 1909 in Seattle

Join historian Paula Becker and neonatal intensive care nurse Amy Caldwell in exploring the early history of baby incubators in Seattle — from their first appearance in a downtown amusement center in 1906, to the Baby Electrobator display at West Seattle’s Luna Park, to the wildly successful Baby Incubator Exhibit at the 1909 Alaska-Yukon-Pacific Exposition, to present day neonatal intensive care units.

Becker is a staff historian for HistoryLink and has co-written local history books on world’s fairs, “Alaska-Yukon-Pacific Exposition: Washington’s First World’s Fair” and “The Future Remembered: The 1962 Seattle World’s Fair and Its Legacy.”

Caldwell is a neonatal nurse practitioner at the University of Washington Medical Center Neonatal ICU.  She has worked in many Seattle-area hospitals, and over the past twenty-five years has seen an evolution in neonatal care.