The phone rang.  I answered it and this is what I heard:  “Hello, this is “Microsoft” and we are calling to tell you that your computer has a problem.” My jaw dropped at the audacity of this fraudulent phone call purporting to be from Microsoft — this phone call is definitely NOT from Microsoft.  This type of phone call is just another scam.  If you stay on the line, the scam artists will ask for your log-in password info, saying that they can help “fix” what is wrong with your computer.

Another recent phone scam, called “spoofing,” is a hang-up call which leaves a false number on your caller ID records.  Recently a number of confused people called 911 in Seattle because a number similar to 911 appeared on their caller ID, making it appear that 911 had called them.  The number left was “911-9111.”  SPD’s 911 Communications Center in Seattle referred the matter to fraud detectives for investigation. 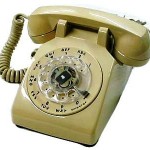 The Washington State Office of the Attorney General has a Scam Alerts page which lists that some of the most common summertime scams involve travel.  In one scheme, called the Grandparent Scam, a phonecaller will say that he/she is the grandson/daughter and is in trouble – they are on a trip and the car has broken down, or they have been arrested and need bail money.  In every case the scammer asks the grandparent NOT to tell anyone, and wire money as soon as possible.

A travel scam that most often comes via e-mail is a request from a friend for money to be wired to them because they are on a trip and have had all their cash and credit cards stolen.  In the case of this travel scam as well as the Grandparent Scam, people should first try to ascertain from another source, whether the info is really true.  A key factor that it is likely a scam, is the request to keep the situation secret.