On Sunday, October 26, 2014, Sand Point Arts and Cultural (SPACE) in Building 30 at Magnuson Park invites the public to a grand opening reception from 4 to 6 PM featuring a special exhibit of artworks on loan from the City of Seattle’s Portable Works collection. Normally only on view in downtown buildings, with this exhibit the public can enjoy significant works in a park environment and celebrate Seattle’s new public arts facility. 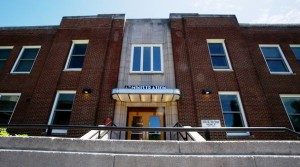 Deborah Paine, Curator and Collections Manager for the Seattle Office of Arts and Culture, will give a short presentation of the works included in the exhibit and refreshments will be served. Artworks included in the exhibit include sculpture and paintings from artists Robert Maki, Mary Henry, Ronald Bladen, Issac Layman, Gaylen Hansen, Ross Palmer Beecher and John Feodorov.

Also that day, Building 30 artist studios will be open to the public from 1 to 5 PM, with over 24 studios open throughout all three floors of the west wing.

Adding to the bonanza of art in the park that weekend, Best of the Northwest’s craft show takes place in Hangar 30 on October 24, 25 and 26.

This event and the gallery are managed by SPACE, the non-profit organization formed to fund, facilitate and promote arts and cultural uses of Warren G. Magnuson Park for the public. The executive director of SPACE is Wedgwood resident Julianna Ross.