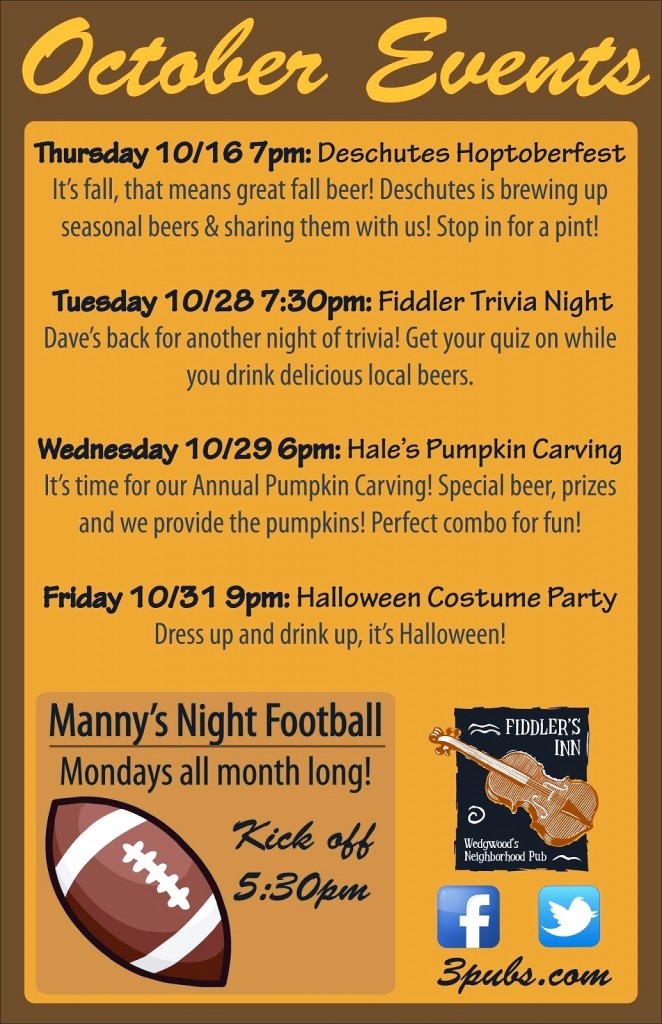 October evenings at the Fiddlers Inn are lively with football-watching, Trivia Night, pumpkin-carving and Halloween costumes.  Get in on the fun at this Wedgwood neighborhood pub located on 35th Ave NE at the corner of NE 94th Street.

“The Fid” is known for great food and a fun atmosphere which has been the tradition since the original ownership of Walt Haines, who founded the tavern 80 years ago.   A talented musician who played the bass fiddle as well as several other instruments, Walt Haines came to Seattle in the 1920’s to find work in hotel dance bands.  But with the onset of the economic slump called the Great Depression in 1929, music jobs became difficult to find.  Meanwhile, Walt’s wife ran off to Alaska, leaving him to raise their daughter Gerry alone.

Beer and wine were being sold to the public again in 1934 after the end of Prohibition, a ban of many years.  Walt Haines decided to try opening a tavern and he built the Fiddlers Inn himself, with two rooms in the back where he and Gerry lived.  Gerry remembers her father saying that it would not be necessary to put a foundation under the building!  It had only a cement floor poured directly onto the ground, and it stood that way until the building’s remodelling in 1994. 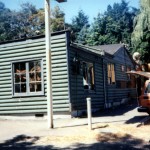 The original Fiddlers Inn as it looked before remodeling.

In 1994, under a new ownership group which included the Latona and Hopvine Pubs, the Fiddlers Inn was rebuilt — with a foundation this time!  The interior wood paneling was reused and the basic floorplan retained, expanded with a kitchen.  Fiddler’s is renowned for its pizza as well as a wide selection of craft beers, and its fun evenings are a continuation of Walt Haines’ legacy of music and camaraderie.  We thank “the Fid” for 80 years in the neighborhood and for their support of the Wedgwood Community Council through advertising.