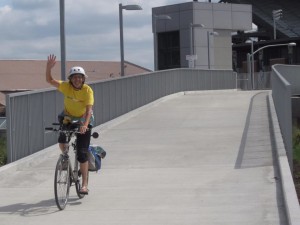 The new bridge, with Husky Stadium in the background. Photo courtesy of the Facebook page of Merlin R. Rainwater.

On Wednesday, June 22, 2015, Sound Transit,  the Washington State Department of Transportation and the University of Washington had a ribbon-cutting ceremony on the bridge, opening the final major piece of the Montlake Triangle remake ahead of the anticipated early 2016 opening of the new light rail station next to Husky Stadium.  The pedestrian/bicyclist bridge makes a direct connection between the future light-rail station near Husky Stadium, the UW campus and the Burke-Gilman Trail.

The new bridge touches down on the reconfigured Montlake Triangle area with new direct connections to campus and the bike trail completely separated from car traffic. With these new improvements, those on foot or bike can go straight from campus to the light rail station or Husky Stadium without crossing busy Montlake Boulevard.  The partnership between WSDOT, Sound Transit and the UW to improve bike and pedestrian access through this busy area led to the project’s successful completion a full year ahead of schedule. 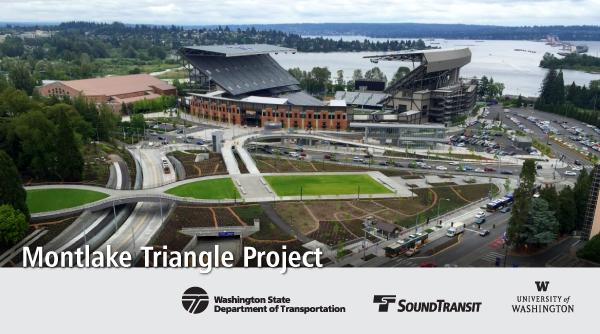