Home »Transportation»Greenways»Continuing the Greenway in 2016 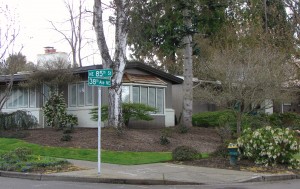 What is a Greenway?

Northeast Seattle has a Greenway, a marked corridor for bikes and pedestrians, beginning near the Metropolitan Market on NE 55th Street in the Hawthorne Hills neighborhood.  The Burke-Gilman Trail crosses 40th Ave NE by the Metropolitan Market and this is the most accessible point for leaving the Trail and turning north towards Wedgwood.

The Northeast Neighborhood Greenway is not a car-free zone, but it is a marked corridor along 38th or 39th Ave NE which is safer for bikes to use and safer for pedestrians on streets which have no sidewalks.

In Wedgwood at NE 85th Street, there is a “jog” where NE 38th Ave NE does not go through.   Work will soon commence to continue the Wedgwood Greenway northward, jogging over and along 38th Ave NE.  SDOT markings and a tree removal sign can be seen at that intersection.  The Seattle Department of Transportation has received the needed construction permits to proceed, and this portion of the Wedgwood Greenway is scheduled to be completed by Summer 2016. 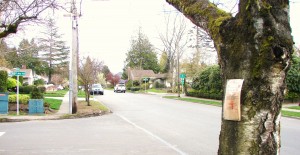 On NE 85th Street at the northwest corner of 38th Ave NE, a white birch tree is marked for removal.

A white birch tree at the northwest corner of NE 85th Street and 38th Ave NE is tagged to be cut down, because the tree is too close to the street.  Curb cuts are to be done at the site of the tree and its removal will also help give cars a clearer view when going through the intersection.  UPDATE: The tree was cut down on Wednesday, March 30th.

The Wedgwood Greenway is to extend as far as NE 89th Street, making it possible for students to ride bikes to schools including Thornton Creek Elementary at NE 77th, Wedgwood at NE 85th, and Our Lady of the Lake at NE 89th Street.  People can travel along the Greenway corridor on foot or by bike to reach adjacent commercial areas such as Wedgwood’s main intersection of NE 85th Street.

The map below has 2015 dates on it but the Move Seattle Levy which passed in November 2015, has made it possible to continue Wedgwood’s Greenway construction work into this year of 2016. 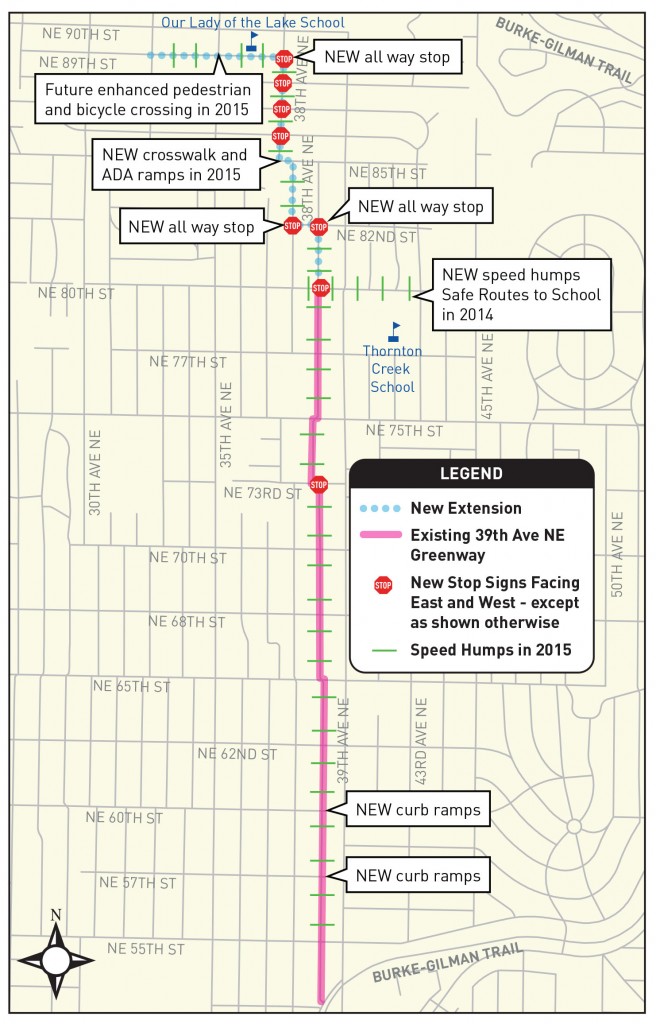