The University Village shopping center will have their annual Sounds of Summer Concert Series on Wednesday evenings beginning July 13th. 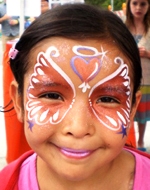 There is a children’s play area for the Sounds of Summer concert series at University Village.

The free concert series will be held on Wednesdays, July 13 through August 24, from 6:30 to 8:30 PM. Enjoy gourmet bites from U Village restaurants, the Ram Restaurant beer garden and fun activities in the kid’s play area.