Home »Architecture»August 2016 Changes in the Neighborhood: The Theodora is Now MOD

The Theodora building at 6559 35th Ave NE is undergoing remodelling into “regular” apartments and it appears that the owners have decided to rename it The Mod. 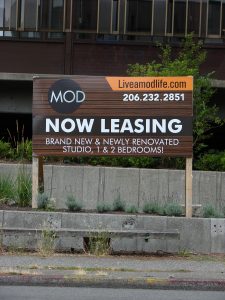 Signs have gone up at the Theodora building at the corner of NE 68th Street by the Northeast Branch Library, that applications are being accepted for the new apartments at The Mod.

The Theodora, built in 1965, was formerly a low-income residence operated by the Volunteers of America.  The agency consolidated their operations in Snohomish County and could no longer keep the Theodora.  The building was sold in 2015 and was “landmarked” under the City of Seattle historic designation process.  Features of the building to be preserved include a lounge, atrium, fireplace and outdoor courtyards.

The MOD apartment rents range from $1310 to $2040.  Amenities of the building include garage parking, bike storage room, fitness center, fireplace lounge, game room and free Wi-Fi in the common areas.  There are outdoor seating patios with the opportunity to have one’s own Pea Patch. 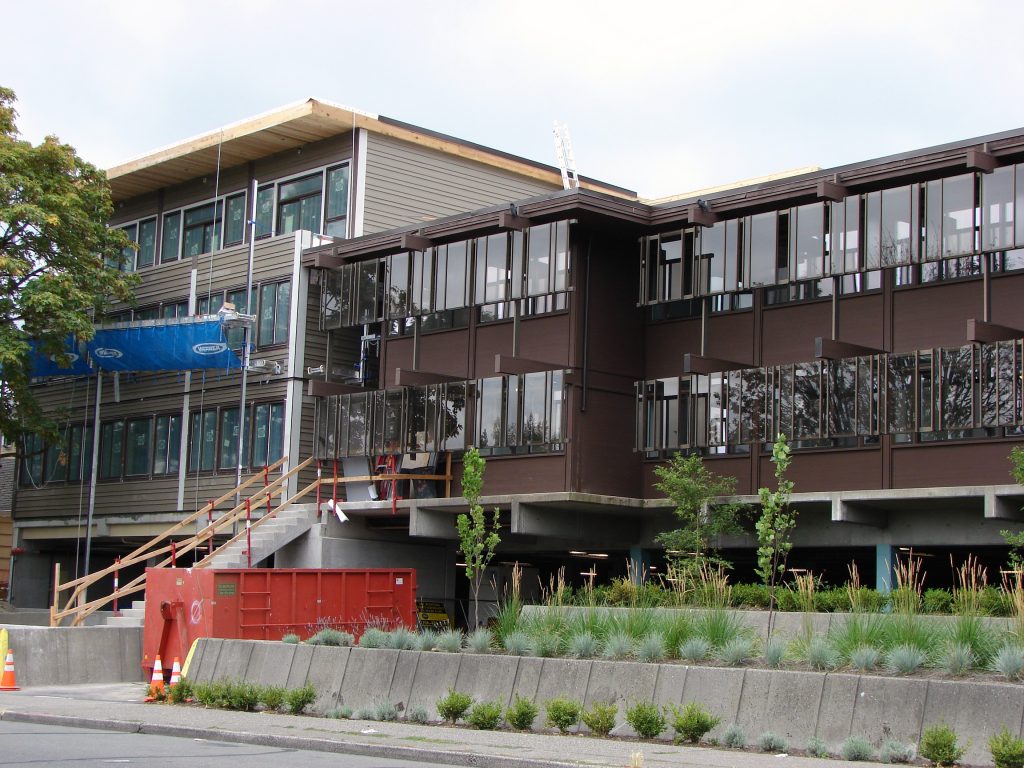 An addition to the Theodora is being built (at left) on the south side.