Tuesday, September 27th was Demolition Day at 8038 35th Ave NE.  The sixty-five-year-old building was in a group of similar structures built by Wedgwood’s original developer, Albert Balch, on that block. 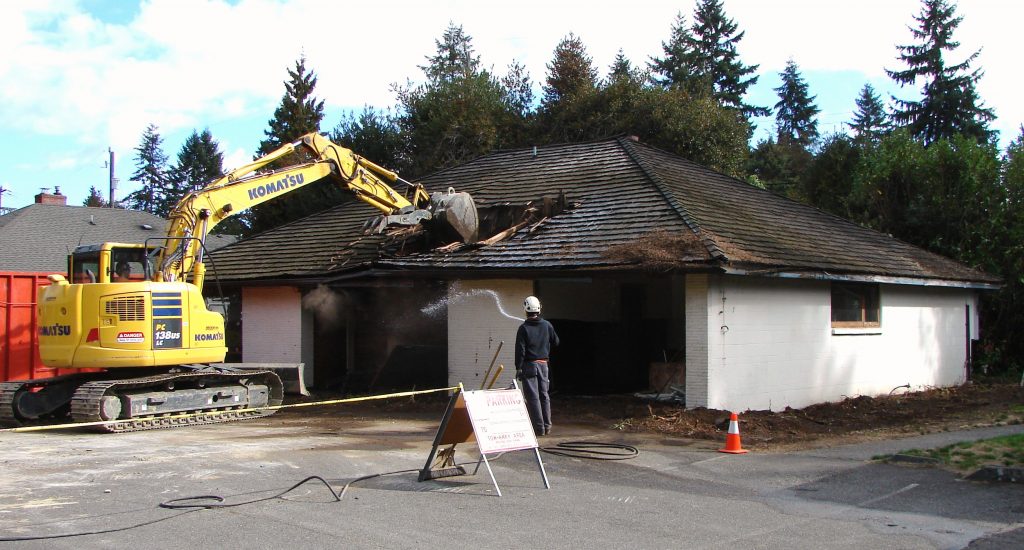 Chewing away at 8038 35th Ave NE at the beginning of demolition. The man at center trains a water hose on the site to help hold down dust.

The building at 8038 35th Ave NE had been left vacant and allowed to deteriorate for more than ten years. When the owner died last year and his family put 8038 up for sale, it was bought by a developer who has filed plans for townhouse structures.

UPDATE:  Another permit for this property has been filed, referencing the address as 8040 and applying for division into three parcels.

As a young man in 1934, Albert Balch quit his job and gambled everything on starting a career in building homes in northeast Seattle.  He had begun with a fraternity brother, Ralph Jones, and together they started the View Ridge neighborhood located south of NE 75th Street.  Balch then launched out to buy large sections of vacant land in what is now Wedgwood.  Balch moved his office to 8050 35th Ave NE (today’s Seattle Audubon office) and the other buildings on the block were to be a complex of medical-dental offices.

The demolition of the building at 8038-8040 35th Ave NE marks a historic change in the Wedgwood business district with the removal of one of the original Balch-development buildings, and a change to new forms of architecture which will come in. 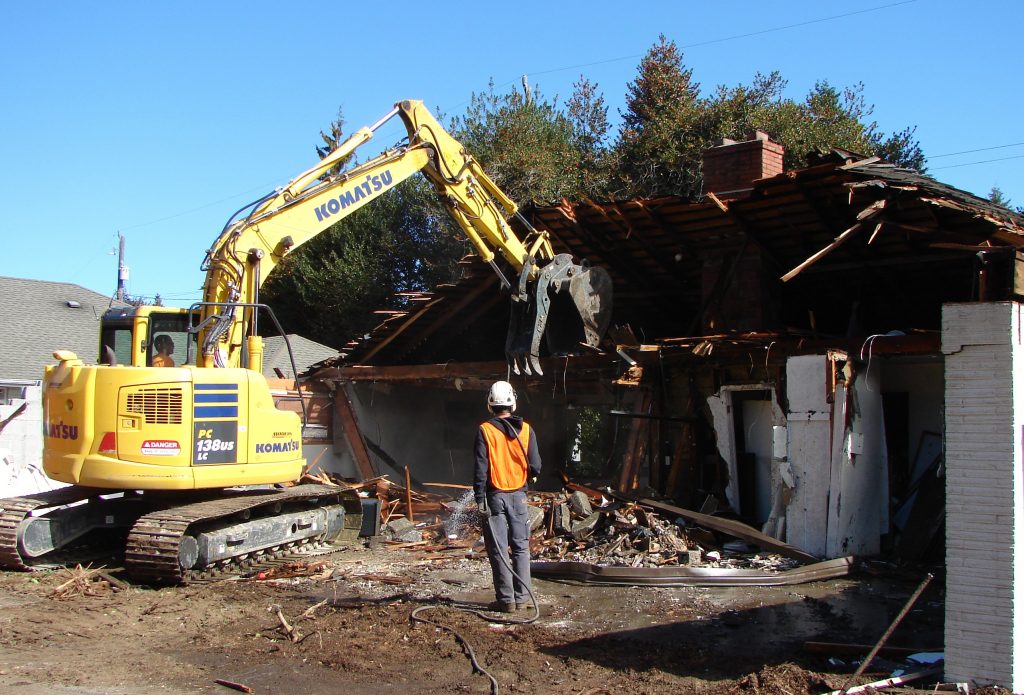 Demolition of 8038 35th Ave NE section by section of the building, including file cabinets and office furniture still inside.