Home »Transportation»Sidewalks»Sidewalks for Meadowbrook in 2017

Wedgwood’s neighbor to the north, Meadowbrook, will feature the subject of sidewalks at the January 10th Meadowbrook Community Council meeting.

“For our first meeting in 2017, interestingly as in January 2016 and 2015, our featured presenter will be Brian Dougherty of SDOT who this year will provide a spreadsheet of all the various sidewalk and crosswalk projects that are “in the que” for the Meadowbrook area (~ four sidewalks and six crosswalks) along with their various stages of completion. 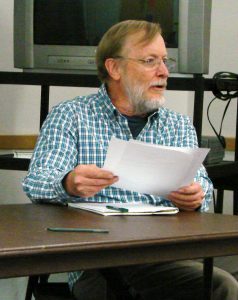 We have had a pretty successful year in getting commitments from SDOT and 2017 is the time to see actual design, construction and completion for most of these projects. A lot of that success, I believe, is attributable to our Sidewalk Committee and the Sidewalk Report we produced and presented to SDOT last May, plus a measured dose of being the ”squeaky wheel.”

The Sidewalk Committee in 2017 will largely be tasked with monitoring and holding SDOT to their commitments, as well as, pursuing the next set of new sidewalks and crosswalks.”