More than six years ago Fire Station 39 in Lake City got a new building, located next door to the old one.  Since that time, the future use of the old building has been in dispute.  Now the City of Seattle is on the verge of completing an agreement for low-income housing to be built on the site.

The old fire station is on the northwest corner of 30th Ave NE and NE 127th Street.  The schematic drawing of the proposed new low-income housing is shown here, with the new Fire Station 39 next door.  The Low Income Housing Institute has made this proposal for apartments with a preschool on the ground floor.  Seattle City Council will address the proposal in the first week of January 2017. 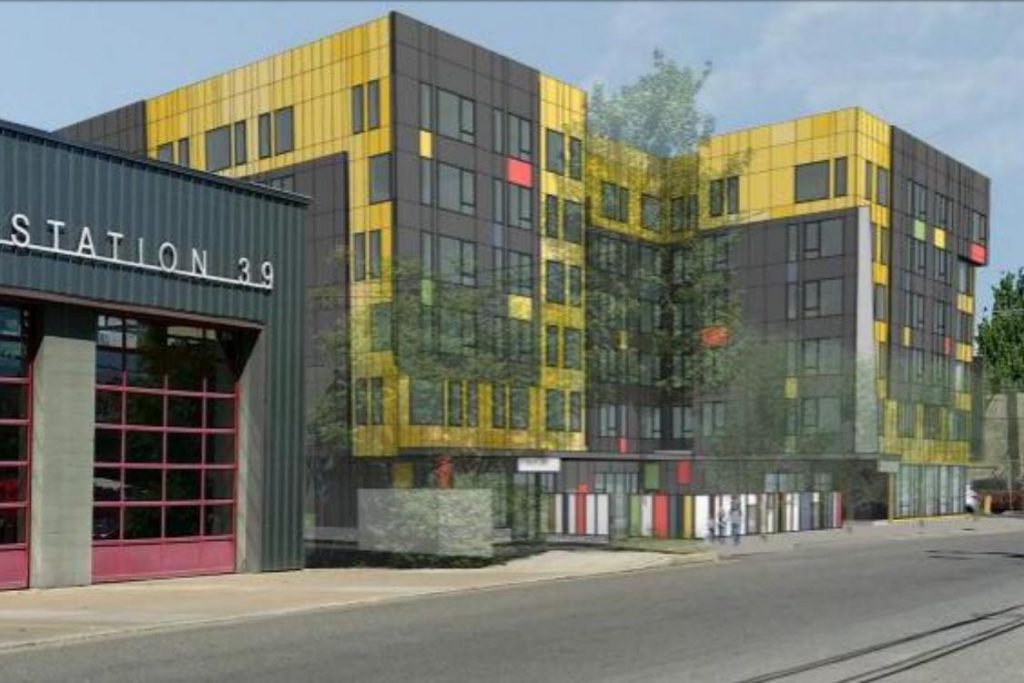