Your Voice, Your Choice: Parks & Streets is a new Seattle program that lets residents decide how to spend $2,000,000 of the City budget on small-scale improvements to streets and parks. 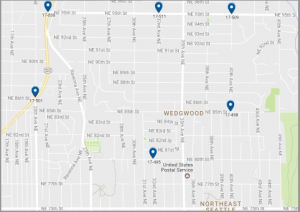 In February, community members from all over the city submitted nearly 900 project ideas both online and at in-person meetings. Four project ideas were submitted for Wedgwood:

Once the ballots are set, community members will be able to vote on their top projects within their individual Council District in June. According to the Seattle Department of Neighborhoods, voting will take place on multiple days, locations, and formats, which may include schools, community centers, and digital/online voting.