At the end of March, our beloved local fiddler and civic activist Dass Adams, will once again take up his roots and head south to continue his civic engagement in the hotbed of activism lovingly known as Berzerkley. (Perhaps people’s park wields more power than we know.) Dass leaves us at the WCC thus ending this phase in the PNW and blazes a new path. Dass has navigated his way around the US as many of us reformed easterners have, starting in NY, a stint in DC, and Montana. 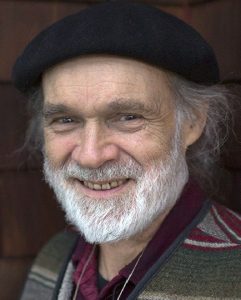 While volunteering with us at the WCC, Dass had taken on the role of parks committee chair. Using his energy and enthusiasm, he drafted the grant that turned the empty future park space at NE 86th St and 35th Ave NE into a usable place for neighbors to picnic. His community engagement does not stop there; he was also actively volunteering with Licorice Fern Natural Area, just south of the Jackson Park golf course. His list of contributions could take up several paragraphs, yet my personal favorites are the activities he participates in when no one is focused on who he is, or what org he represents. This was truly evident when I bumped into him randomly at the Seattle’s Women’s March, seeing his passion for justice, and his social engagement during the DAPL protests speaks volumes to us of his character.

With his change I hope that Dass can learn to love Pete’s Coffee and Tea over Starbucks, and whatever he discovers I know he will be doing his best to affect change.

Thanks Dass!! We will all miss you.