On November 4, 2008, 59% of Seattle voters supported the Parks and Green Spaces Levy!  Lucky for Wedgwood, our neighborhood northeast of Dahl Playfield is identified for a Neighborhood Park acquisition. The Parks Committee was formed to take advantage of this great opportunity.  Thanks to the work of the WCC’s Parks Committee, the Seattle City Council unanimously approved Council Bill 117982 on December 16, 2013 to purchase the former Seattle City Light Morningside Substation at the northwest corner of 35th Ave NE and NE 86th St for a future park site.  However, the future Wedgwood park site was to remain a vacant lot (e.g., a “land banked” park property) until sustained maintenance and operations funding for the Seattle Parks Department could be identified. 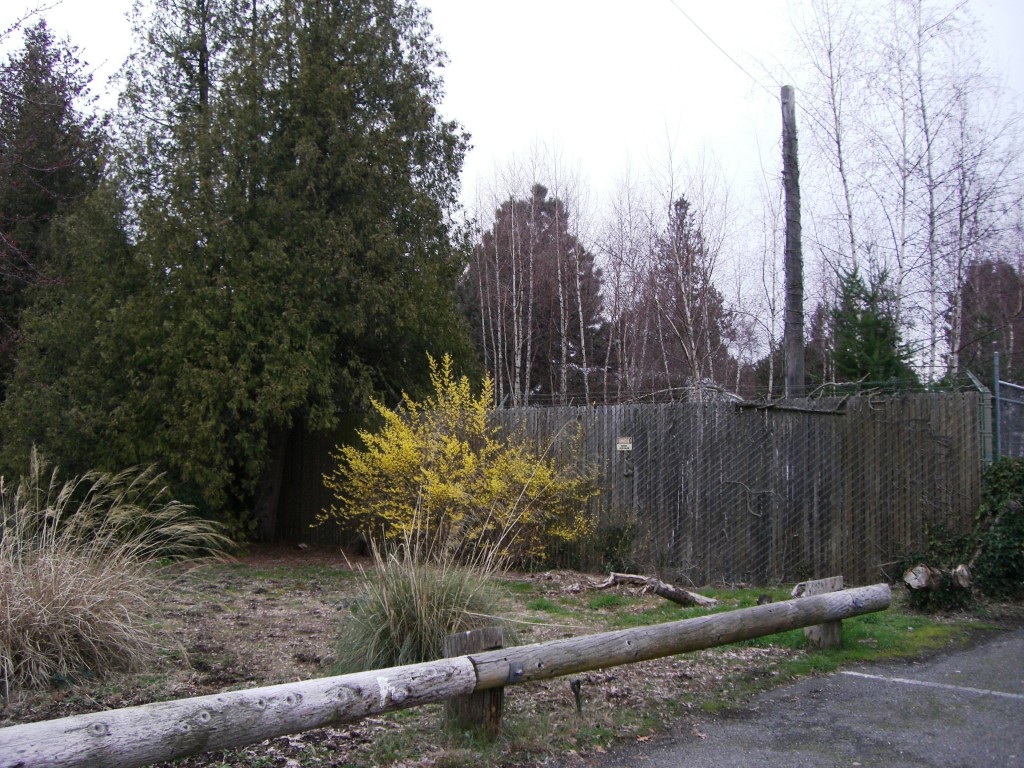 The former Morningside Substation and home to the future Wedgwood park site.

In August 2014, Seattle voters approved Proposition 1, which created a Seattle Park District among other things. One of the less notable or contentious aspects of Proposition 1 was funding set aside for the development of the 14 land-banked park sites. The funding for park development became available in 2016 and the Parks Department planned to develop 3-5 land banked park sites per year.  As the Wedgwood Morningside Substation land bank park site was the 11th land bank park site acquired, this funding allows for approximately $750,000 to develop the future Wedgwood park site sometime between approximately 2018-2021. Between 2018-2019, the Seattle Parks Department led a design process that led to a final design which was to be constructed during the summer of 2020.  Unfortunately, the COVID-19 pandemic and the resulting fiscal challenges the city faced while needing to provide emergency response meant the construction of the park was suspended while development funds were reallocated. While the design is complete, construction of the new park cannot occur now until new funding is reappropriated by the city.

Inside the Inverness Ravine Park, mature deciduous and coniferous trees tower above an understory of native and non-native flora with a stream flowing through.

In addition to the advocacy for new park acquisition and development in Wedgwood, the Parks Committee proposed a trail system through Inverness Ravine Park.  Despite being deeded to the City in 1972 for “park and recreational purposes,” the park site is challenging to access.  Through a combination of stairways within undevelopable SDOT right-of-way adjacent to the park, a small trail system was believed to be appropriate to provide greater access to Inverness Ravine Park while providing much-needed safe pedestrian connectivity between Wedgwood and Inverness.  For the past five years, neighbors of the Inverness Ravine Park have been restoring the native forest understory throughout the park and broader ravine.  This restoration work, together with the extent of sensitive areas throughout the park, means that this project is no longer an active initiative of the Parks Committee.  However, the WCC remains committed to providing safer pedestrian infrastructure and connectivity between Wedgwood and Inverness.

For more information on participating on the WCC’s Parks Committee, please email » to learn about opportunities to get involved!