Home »Transportation»Greenways»Walk on the Trail for New Year's 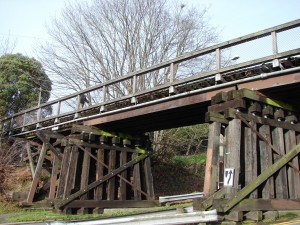 Happy New Year!  Going out for a walk is a good way to start the New Year, and near Wedgwood there is a year-round walking and biking route available, the Burke-Gilman Trail.  The Trail started out as a railroad route back in the 1880’s and was used to reach resources, especially coal and timber, in eastern King County.  In the 1970’s a group of Wedgwood neighbors thought of obtaining the railroad right-of-way as a walking and biking trail.  The Wedgwoodians got organized and worked hard to achieve their goal, and the Burke-Gilman Trail officially opened in 1978.  Today work goes on continuously at the Trail, including volunteer groups such as Friends of the Burke-Gilman at Sand Point who put in native plantings. 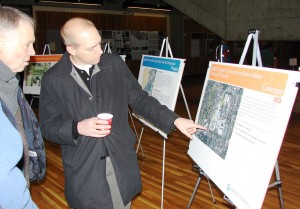 The latest work going on at the Burke-Gilman Trail is the Seattle Children’s Hospital Livable Streets Initiative.   Seattle Children’s has committed to spend nearly $4 million on transportation improvements in northeast Seattle as part of their Major Institution Master Plan.  Projects include northeast Seattle’s first Greenway along 39th Ave NE, and corridor improvements to the Burke-Gilman Trail to increase safety for all users.  The goal is to make the neighborhood more walkable and bikeable.  The Trail benefits health by making  outdoor walking accessible, and the Trail helps reduce pollution by providing an alternative to driving.  One Open House was held in December to show the concept for a Trail Connection which Seattle Children’s is building at the corner of Sand Point Way NE and 40th Ave NE.  Mark your calendar for the final concept Open House on Saturday, February 2. 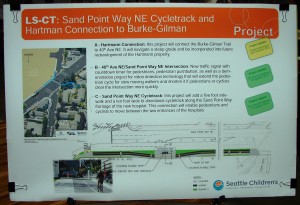 In process is a new traffic signal on Sand Point Way NE at 40th Ave NE with a Trail Connection so that workers and visitors can get to Children’s via the Burke-Gilman Trail.  The traffic signal and redesigned intersection at 40th and Sand Point Way will make it safer to cross.  Advanced technology such as video detection will adjust the pedestrian signal time.  Traffic will be able to move more quickly if the signal detects that pedestrians have already cleared the intersection.