UPDATE (2/26/13 @ 2:30pm): Seattle Police have tweeted that one person has been taken into custody after an attempted, armed purse-snatching at 71st and Roosevelt. More details to come. 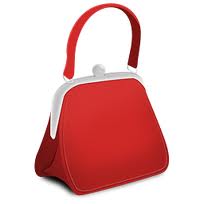 UPDATE (2/25/13): Yet another purse snatching occurred on Monday in the middle of the afternoon. We received this from Terrie Johnston with the SPD North Precinct:

“This afternoon at 2:45 in the 7000 block of 35 Ave. NE, an elderly, developmentally disabled female was walking home from the Wedgwood Safeway and the suspect ran up behind her and removed her purse over her head.  He then ran off eastbound.  There were no weapons seen, and no suspect was located despite immediate response from several patrol units.  The description we got was white male, 20’s, 5’8” and skinny.”

Another purse-snatching occurred on Friday afternoon, February 22 — this one in the Roosevelt area, also in broad daylight, as two earlier ones were.

And a final practical note:
In some protected — preferably passworded — location at home, list all your credit cards with the phone numbers you will need to call in case that card is lost or stolen. You’ll thank yourself.