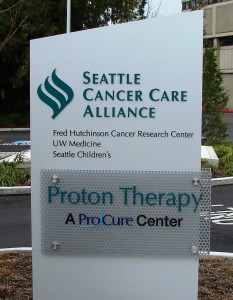 On Saturday, March 9 Seattle Cancer Care Alliance will open its new Proton Therapy Center for community tours.  The Proton Therapy Center is located on the campus of Northwest Hospital on N. 115th Street between Meridian and Aurora Avenues.  The Open House is from 11 AM to 2 PM and will feature tours of the facility, snacks, information stations, and the chance to go inside the cyclotron proton-delivering machine.

What is proton therapy?  It is an advanced form of radiation treatment, more targeted which enables patients to receive higher doses with less damage to nearby healthy tissue, and fewer side effects.  The Proton Therapy Center is a partnership of Seattle’s cancer treatment resources including Fred Hutchinson Cancer Research Center and Seattle Cancer Care Alliance.  It will be the first proton therapy center within 1,000 miles of Seattle and will attract patients from out of state. 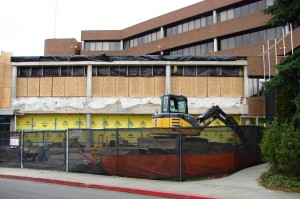 Many changes have taken place at Northwest Hospital in the past three years since it became part of the UW Medical network.  Programs and treatment options have expanded, upgrades and remodelling have been done on the campus.  The latest change is that space is being created by expanding the front lobby for a Starbuck’s, which will open by June 2013.