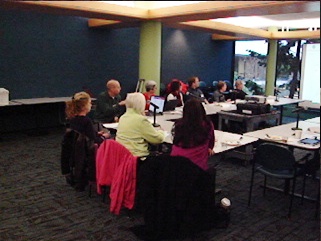 At their March 19 meeting the Citizens Advisory Committee of Seattle Children’s Hospital heard the final design presentation for the Burke-Gilman Trail Connection, part of the Livable Streets plan.   There is now a signalized intersection on Sand Point Way NE at 40th Ave NE, and a landscape architect, Jim Keller of Site Workshop, has been working on the design for a bike/pedestrian path from the Burke-Gilman Trail to the intersection. 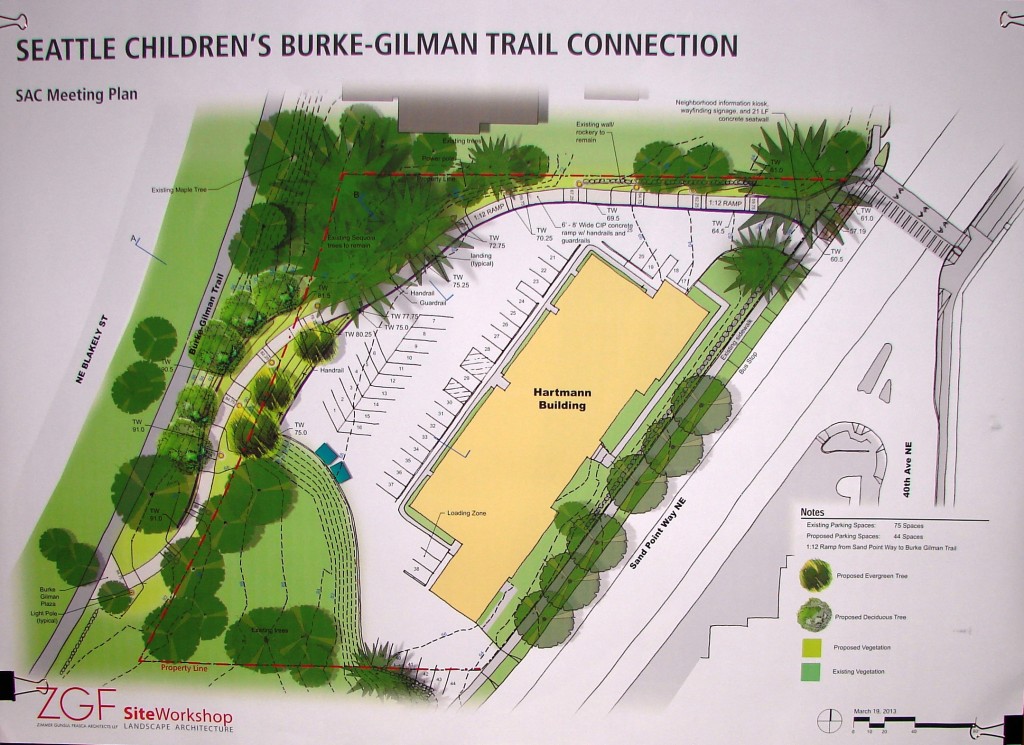 The Hartmann Building at the intersection of 40th & Sand Point Way NE was once owned by a physician, Dr. John Hartmann, who was on staff at the hospital.  In September 2000 his estate sold the building to Seattle Children’s, whose current ownership of the building has made it possible to put the Trail Connection through that property.   The Hartmann Building “has its back” to the Burke-Gilman Trail, and the proposed path would go around the building to meet the street-crossing at the intersection.

The proposal for the final design has modifications made possible by giving up eight parking spaces at the Hartmann building.   With this additional space for the Trail Connection, the slope of the path will be gentler, no stairs will be necessary, and the path can now thread its way through more of the trees on the site, including some large sequoias.   The trees on the site have been inventoried.  Unhealthy specimens and invasives such as cherry runners will be taken out, and the path routed around the preserved trees.   A retaining wall will be built on the existing parking lot, and because of the space and setback this plan has the additional advantage that the retaining wall will not impact the roots of trees.