The early years of the Wedgwood Community Club in the 1950’s and 1960’s were characterized by the dedicated involvement of young leaders who had come through the World War Two years of the 1940s.   Mylo Lindgren was just such a community activist: he served in the war, married and then spent more than fifty years as a Wedgwood resident and community leader. 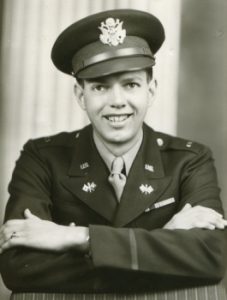 Mylo Lindgren was born in Minot, North Dakota in 1919. After serving in World War Two he married and came to Seattle to attend the University of Washington. He became a Certified Public Accountant and had a long career at Boeing in the tax department. In addition to his career, Mr. Lindgren gave a great deal of his time to community service, including the Wedgwood Community Club. He served as president in the 1960-61 year and even though there were serious issues and concerns at times, Mr. Lindgren always kept a cheerful outlook. In his first “From the President’s Corner” in the Wedgwood Echo newsletter of June 1960, Mr. Lindgren wrote humorously of the “pet projects” he would pursue:

First, it was my birthday June 14 and my wife bought me my first bicycle…so I thought maybe I could organize the first Wedgwood Over 40 Bicycle Club. Second, riding my bike around the area I noticed that narrow black-top streets full of pot holes do not make for safety or a comfortable ride – now there’s a project! Paved streets, curbs and sidewalks for those areas within the Club boundaries that do not presently have them… 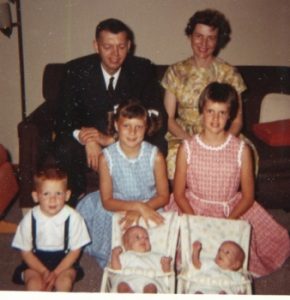 In 1960 most of the Wedgwood activists were, like Mylo and Jean Lindgren, young couples busy with careers and with growing households of children. Mr. Lindgren told of the enjoyable times of carpooling to Boeing with two other men who had been Wedgwood Community Club presidents: Ray Cole, who had immediately preceded Mr. Lindgren in 1959-60, and JJ Jackson, 1955-56. Each was a veteran of a different branch of military service so the men used to rib one another about which was “the best.” Mr. Lindgren joked that most Community Club business got done in the car since the men were commuting together. Mr. Lindgren also liked to tease JJ about the houseful of Jackson children. Eventually, however, Jackson got to tease the Lindgrens about nearly catching up, as there came to be five Lindgren children to the Jackson’s six.

Mylo Lindgren died on March 25, 2013, after a live well-lived. Today’s Wedgwood Community Council is thankful for our heritage of activism in early leaders like Mylo and Jean Lindgren. The work they did to build a great neighborhood goes on.