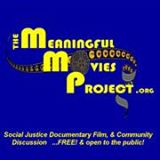 The Wedgwood Meaningful Movies group is using film to build community, raise awareness and inspire action!  On the second Friday of each month, social and economic justice documentary films are presented.

On Friday evening, February 14 the film will be “Broken on All Sides – Race, Mass Incarceration & New Visions for Criminal Justice in the U.S.”  Who is being targeted at higher rates of arrests and prosecution?  What does this mean for the “justice” of criminal justice cases?  The film is a 68-minute documentary about the intersection of race and poverty with criminal justice, the history and causes of injustice and how to bring about reform.

The movie, free to the public, will be shown at University Unitarian Church, 6556 35th Ave NE.  Enter the church building from the south-side parking lot.  Doors open at 6:30 PM for snacks and visiting. The film will begin at 7 PM with community discussion to follow.