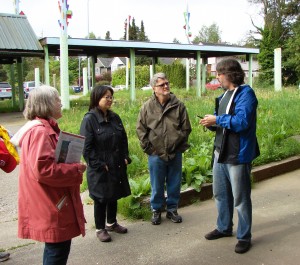 In a Preparedness Drill on May 17, 2014, coordinator Bill Dock (at right) talked with Wedgwoodians about how to prepare for emergencies.

The Emergency Preparedness Committee of the Wedgwood Community Council has been working for the past few years to encourage Wedgwood residents to be prepared in case of an emergency.  What will you do not if, but WHEN, Seattle experiences the next earthquake event?  What is your plan for communicating with family members?  Do you have supplies at home for use during an extended period without electricity or running water?

Wedgwood’s unique space, The Gathering Place at the Hunter Tree Farm, is also Wedgwood’s Emergency Hub.  This Emergency Hub is NOT a “supply depot.”  In the event of emergency, the City of Seattle will not be able to deliver supplies out to neighborhoods.  The purpose of Wedgwood’s Emergency Hub is for use in case of the failure of phone systems, and for giving and receiving help.  At the Hub people can leave written messages for family members or report serious incidents such as fires. 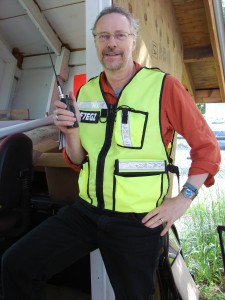 Peter Shaw of View Ridge was the volunteer radio operator at the Emergency Preparedness Drill on May 17, 2014.

The shed in the corner of the Hunter’s lot would be used, in case of an emergency, by amateur radio operators to send message to the central Seattle Office of Emergency Management.  In a practice drill on Saturday, May 17, participants tested the radio connection, talked with neighbors about planning for emergencies, and networked via radio with other neighborhoods.  During the morning of practice, many people stopped by to ask how the Hub would function, how they might prepare their own homes and how to network with neighbors to prepare for an emergency.  The best preparation plans begin at home with supplies and with getting to know neighbors. 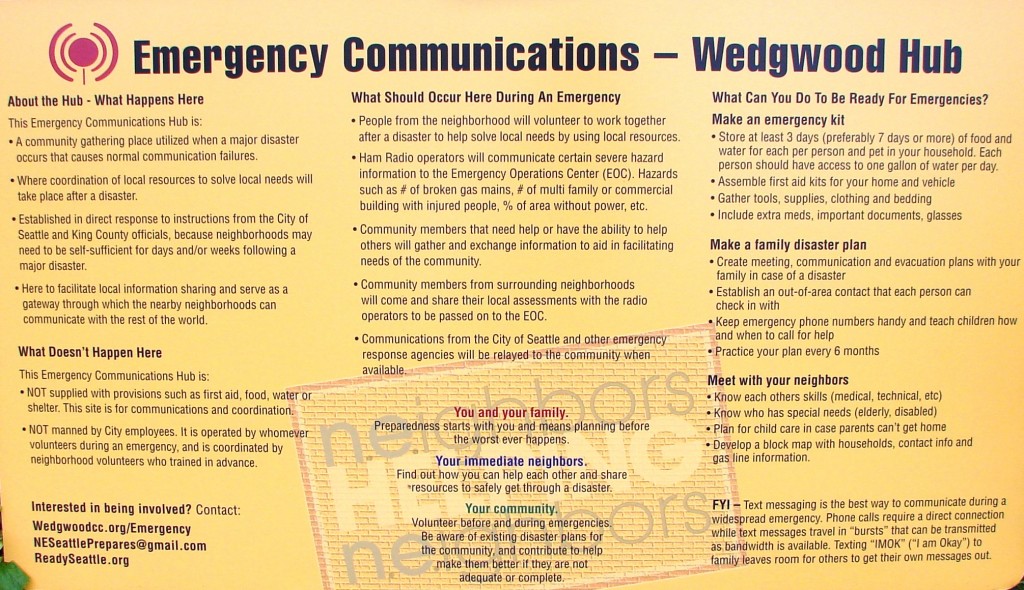