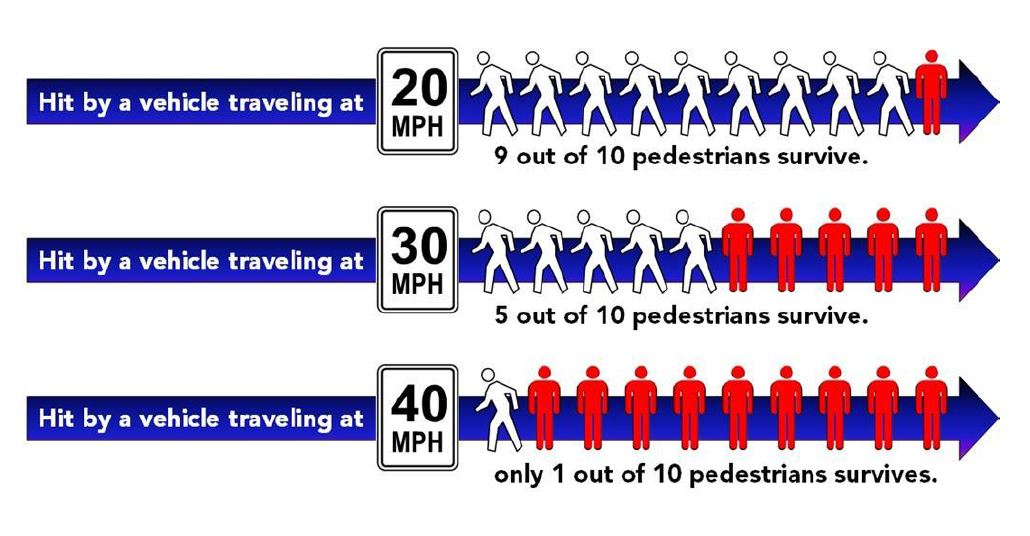 So why should speed in front of Eckstein Middle School be reduced to 20 mph during school hours?  Studies have shown that when a pedestrian is struck by a vehicle travelling at 20 mph, the survival rate is significantly increased compared to speeds of 30 mph and 40 mph.  Previous pedestrian fatalities and injuries on NE 75th Street were a result of more than just speeding.  Nevertheless, speed is a factor in 1/3 of all traffic fatalities in Seattle.  Therefore, the City is taking steps to reduce speed compliance in front of several of our schools to improve safety.

While improving speed compliance is the goal of these photo enforcement cameras, which it has been demonstrated do, it turns out that these cameras have also generated significant revenue for the City. Last year, the City Council adopted legislation that requires the revenue generated from these photo enforcement cameras to go to fund safety improvements around school zones.  In fact, the revenue generated from these citations is funding the construction of new sidewalks and pedestrian improvements from the recently improved Ravenna Ave NE up to Wedgwood Elementary School along 28th Avenue NE , NE 83rd Street, and NE 85th Street.