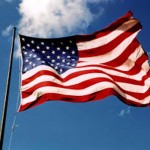 Washington State Governor Jay Inslee has directed that state and USA flags at all state agencies be lowered to half-staff on Thursday, September 11, 2014. National Patriot Day on September 11 is the annual memorial to the victims of the 2001 tragedy.  Flags should remain at half-staff until close of business on Thursday or first thing on Friday morning, September 12.

Flags will also be at half-staff on December 7, Pearl Harbor Remembrance Day.  At other times flags may be lowered at the governor’s direction in the event of the death of a state official.