Home »Crime»Cars and Crimes in Wedgwood 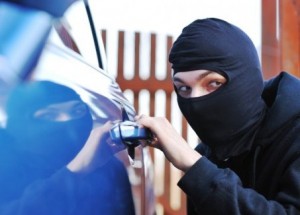 In the past week in Wedgwood there have been car thefts and home break-ins, one of each, on NE 82nd and NE 92nd Streets.  Crime patterns are shown on the City of Seattle’s neighborhood map (choose “northeast” to see the Wedgwood area.)  One car theft which the owner reported on Nextdoor was a red Nissan Sentra (1994, License ADY 6475) taken from NE 92nd Street at 32nd Ave NE.

The Seattle Police Department’s Auto Theft Prevention info indicates that most stolen cars are used as “temporary transportation by common criminals” and that about 86% of stolen cars are recovered.  Some of the advice to prevent car break-ins or theft is to keep a parked car locked at all times, do not leave items visible inside, and get deterrents such as a car alarm or anti-theft locking device, which you use whenever you park your car.

Be alert to unfamiliar cars on your street, and report any car which remains parked for more than 72 hours and doesn’t belong to neighbors — it may be a stolen car which has been left there.

Other frequently-occurring crimes in Wedgwood and in surrounding neighborhoods are mailbox theft and theft of packages left on porches.