Have you got a great idea for bringing improvements to Wedgwood and building relationships with neighbors?  There is no better time to pursue projects than now during the season of application for Neighborhood Matching Funds from the City of Seattle. 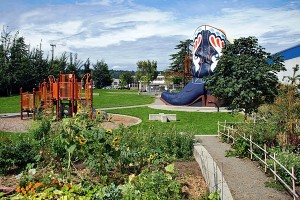 Seattle’s uniqueness and quality of life is tied to strong neighborhoods and active residents. The Neighborhood Matching Fund (NMF) program was created in 1988 to provide neighborhood groups with City resources for community-driven projects that enhance and strengthen their own neighborhoods. All projects are initiated, planned and implemented by community members in partnership with the City. Every award is matched by neighborhoods’ or communities’ resources of volunteer labor, donated materials, donated professional services or cash. This community match is at the heart of the NMF Program.

As part of the Seattle Department of Neighborhoods, NMF promotes collaboration between the City and the community. Community building is core to project success: the process of bringing people together and building relationships is as important as project results.

The Fund began in 1988 and Wedgwoodians have several times applied for grants.  The first was the 1995 Wedgwood Wins project which included the Gates of Wedgwood improvements.  The most recent project just completed in 2014 was the Future of 35th Ave NE. 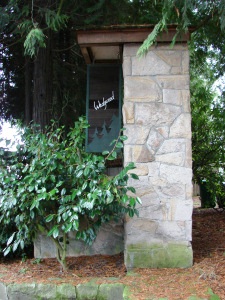 The Gates of Wedgwood Project

There are three funds within the Neighborhood Matching Fund Program.  Each has workshops which you can attend and a project manager from the Department of Neighborhoods who will help you:

Large Projects Fund: One time per year — this year’s applications are due on May 4, 2015.