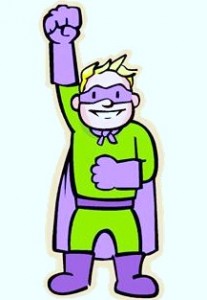 At the November 4, 2015 Wedgwood Community Council meeting, a tireless volunteer, Kay Gordon, was given the Hero of Wedgwood Award in recognition of her contribution to the betterment of the neighborhood.  Kay Gordon is the founding member of the Wedgwood Garden Group and she loves working with and educating folks about plants.

For the last two years, Kay has organized a plant sale to support Wedgwood’s future park, the former Morningside Electrical Substation site on 35th Ave NE at the corner of NE 86th Street.  Now known as Morningside or the Picnic Place, the site is owned by the City of Seattle Parks Department.  Wedgwood is waiting for park-site development to be implemented.

Kay worked tirelessly on the plant sales in 2014-2015 and was instrumental in collecting $700 for the park last year and $2000 this year.  She doesn’t ask for personal recognition but rather supports the neighborhood.  Kay Gordon, we salute you:  you are our 2015 Wedgwood Hero!