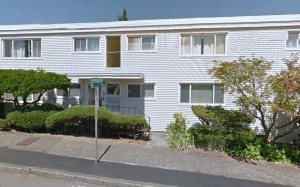 At 5:42 PM on Saturday, December 5, a fire alarm was triggered at 3516 NE 75th Street, an apartment building located directly across NE 75th Street from Safeway.  Engines 39 and 40 (Wedgwood and Lake City fire units) responded to what was believed to be a mattress fire.

When you hear sirens you can find out what’s going on by checking the website of Real-Time 911 which shows emergency calls.

Another source of info is the Twitter page of the Seattle Police Department.  On Sunday afternoon, December 6th, residents heard shots fired as police pursued a carjacking suspect, with the chase ending on 35th Ave NE nearest to NE 68th Street at the Theodora apartment building and the Northeast Branch Library.

As a follow-up to the carjacking incident, the Ravenna-Bryant Community Association and the Wedgwood Community Council are jointly sponsoring a meeting on Monday, December 21st, 6 to 7:30 PM at the Northeast Branch Library, 6801 35th Ave NE.   At the meeting representatives of the Seattle Police Department will do a debriefing. 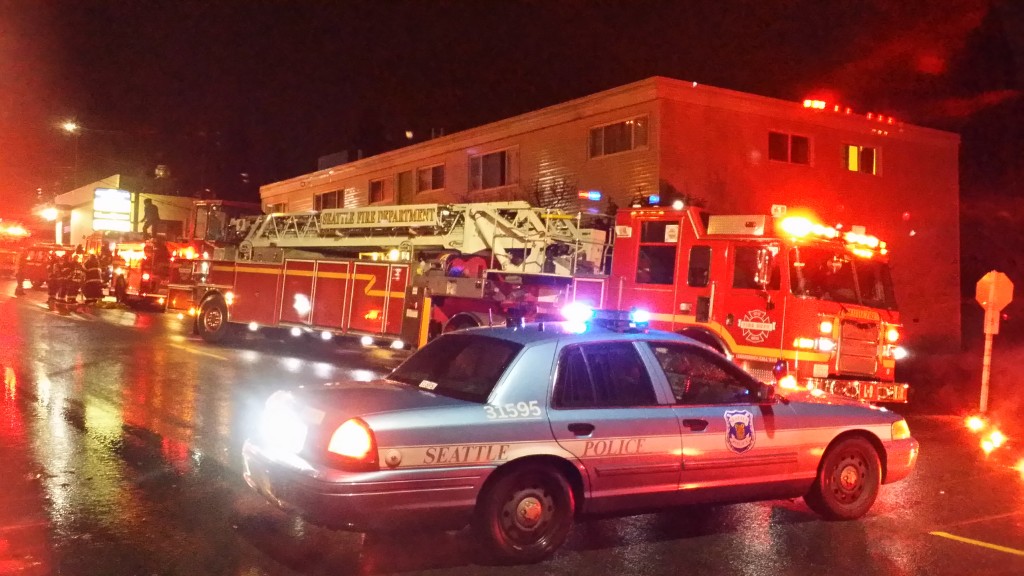 Fire response in Wedgwood on December 5, 2015 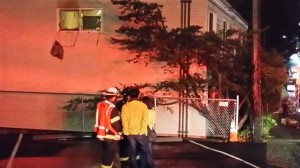 With fire damage shown on the second floor, a resident of 3516 NE 75th Street talks with firefighters on December 5, 2015

On Sunday afternoon, December 6, 35th Ave NE was littered with damaged vehicles, including this police car, after pursuit of a carjacker. In the background is the Chevron station at 7300 35th Ave NE.