Home »City Council»Wedgwood in 2016: Looking Ahead 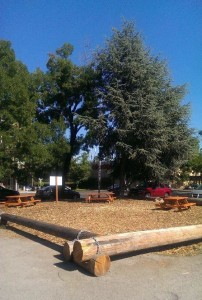 The Wedgwood Community Council applied for grant funding to create the Picnic Place at 8605 35th Ave NE, a usable public space in the interim while we wait for more park development funding.

Some people think that the City of Seattle just automatically “does things” that need to be done out in the neighborhoods.  Actually, it is neighborhood advocates who call attention to the needs, and in 2015 the Wedgwood Community Council was very active in interaction with City of Seattle departments such as the Parks Dept. and the process of land use and zoning.  In the year 2016, with continued persistent efforts by community volunteers, we hope to see fulfillment of some projects which have been in the works for Wedgwood for quite a long time.

When Will the New Wedgwood Park be Built?

In 2014 Seattle voters passed Proposition 1 (Parks for All).  Funding was included to develop “land-banked” sites, and this funding will eventually be used for a pocket park at 8605 35th Ave NE in Wedgwood.  We will not see this park completed in 2016, however, due to the slow process of “waiting in line” for the funding.

In 2015 the Wedgwood Community Council (WCC) applied for and received a Department of Neighborhoods grant to create a Picnic Place for interim use at the site, and the WCC also worked with the Parks Department to get a food truck there.  If you would like to be involved in the park development process, please do contact the Wedgwood Community Council trustees.  More volunteers are always needed and welcome.

Will Wedgwood’s Street and Traffic Issues Ever Get Fixed?

In November 2015 Seattle voters passed the Transportation Levy.  The Seattle Department of Transportation (SDOT) has identified projects in Wedgwood which can now be worked on using the money from this levy.  In 2016 we hope to see improvements such as new left-turn lanes from 35th Ave NE onto NE 75th Street for east-west travel.  Stay tuned for notice of community meetings in the year 2016 as SDOT prepares to start some roadwork.  There will be opportunity for citizen input at public meetings.

What Will be the Results of the Future of 35th Ave NE Plan? 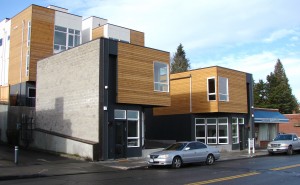 Wedgwood does not have adequate commercial zoning regulations to prevent big ugly buildings like this one at 7321-27 35th Ave NE.

In 2015 Wedgwood and nearby neighborhoods coordinated and completed several years of work on a plan called the Future of 35th Ave NE. The plan was submitted to Seattle’s Office of Planning and Community Development to create zoning so that any new commercial buildings along 35th Ave NE will have ground-floor retail and the buildings will be pedestrian-friendly.  Here is the update page for the plan.

We have seen that without street-friendly zoning, old buildings can potentially be torn down and tall commercial buildings with blank walls can be built, as has happened at 7321 35th Ave NE.  The Future of 35th Ave NE Project has presented a plan to put zoning in place to create retail districts which are lively and walkable along the arterial business street.

With the pedestrian-zoning as requested by the Future of 35th Ave NE Plan, any new buildings at the major commercial intersections along 35th Ave NE such as at NE 75th and NE 85th Streets, would have to have retail storefronts and a “walkable” environment with sidewalks and a building canopy. 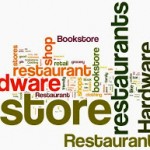 The process of getting what we want on 35th Avenue NE is on hold while we wait for City Council to finish approval of the Comprehensive Plan (city-wide).  If City Council approves changes to the Future Land Use Map of Seattle, which is a component of the City’s proposed Comprehensive Plan, then we can work on changes to zoning of buildings at the major intersections along 35th Ave NE in Wedgwood.

It is anticipated that City Council will vote on the Comprehensive Plan in 2016.  Stay tuned for more info.  In the coming year of 2016 you are invited to join in with the activism of the Wedgwood Community Council in promoting the best interests of the neighborhood.