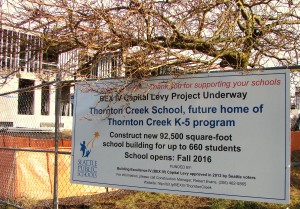 Seattle Public Schools currently has seventeen major building projects ongoing for new, replacement or modernized buildings.  A new building is going up at the site of Thornton Creek School on 40th Ave NE at NE 77th Street in Wedgwood.  The new building construction is on-schedule for completion in time for school to start in September 2016.

In some locations around North Seattle school buildings have been upgraded for use again after long-time closures, such as Cedar Park Elementary School at 13224 37th Ave NE.  Other school buildings have been torn down and new buildings are under construction, such as at Olympic Hills Elementary School at 13018 20th Ave NE.  The Olympic Hills students are all at the Cedar Park building until September 2017. 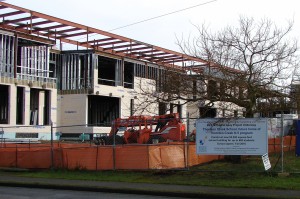 The former Pinehurst school building at Pinehurst Way NE & NE 117th Street was torn down and construction is underway of a new building, to be called Hazel Wolf K-8 at Pinehurst.  The new building will be ready for the start of the school year in 2017.

At a recent meeting of the City of Seattle’s Landmarks Preservation Board, the board approved preservation of Lincoln High School at 4400 Interlake Avenue North in Wallingford.  The school program in this building closed in 1981.  Recently Lincoln has served as a temporary home for schools whose buildings are being renovated.  The Lincoln building will undergo its own renovations and will be readied to re-open as a high school in the year 2019.

School enrollment season is here.  Check the enrollment guidelines and boundary maps of schools in Seattle, and look under each schools’ name for school tours & visits. 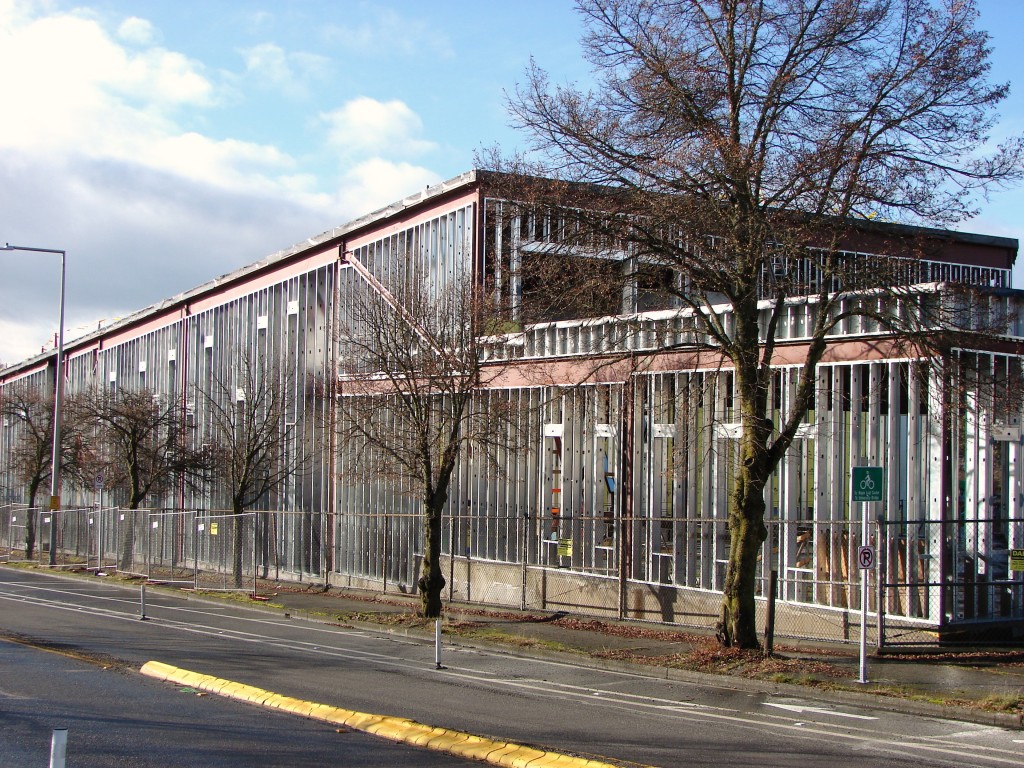