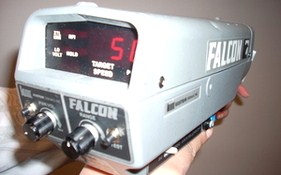 At the time the radar speed gun is picked up, a loan and usage agreement is signed. The equipment may be used up to one week.  You will also be given Speed Data Forms to record information about all vehicles traveling on the roadway segment under study.  The information to be collected includes the date, time, direction of travel, vehicle license number, a brief description of the vehicle (i.e., red sedan) and the measured speed.

Typically, two people are needed—one person to measure the vehicle speeds and read out the license plate numbers, and the other person to fill out the forms. A minimum of two hours of data is required. The information collected during this phase will be used by SDOT staff to mail letters to people traveling over 30 miles per hour and will be used to develop a traffic calming strategy for your street.

Procedures for measuring speeds on arterial streets are similar except that a radar speed trailer would be set up to collect data, instead of a hand-held radar gun.