As of January 2016 the City completed acquisition of the three adjoining parcels at the southeast corner of Aurora Avenue North and North 130th Street that will be the location of the new North Precinct Police Station.

August 15, 2016 update:   The need of the new police station is apparent and the site on Aurora and 130th is very suitable. But some people have felt the proposed cost of the building was too high.   Today the Seattle City Council motioned to have a third party review the design and costs to build the new police station, before City Council goes ahead to approve construction. 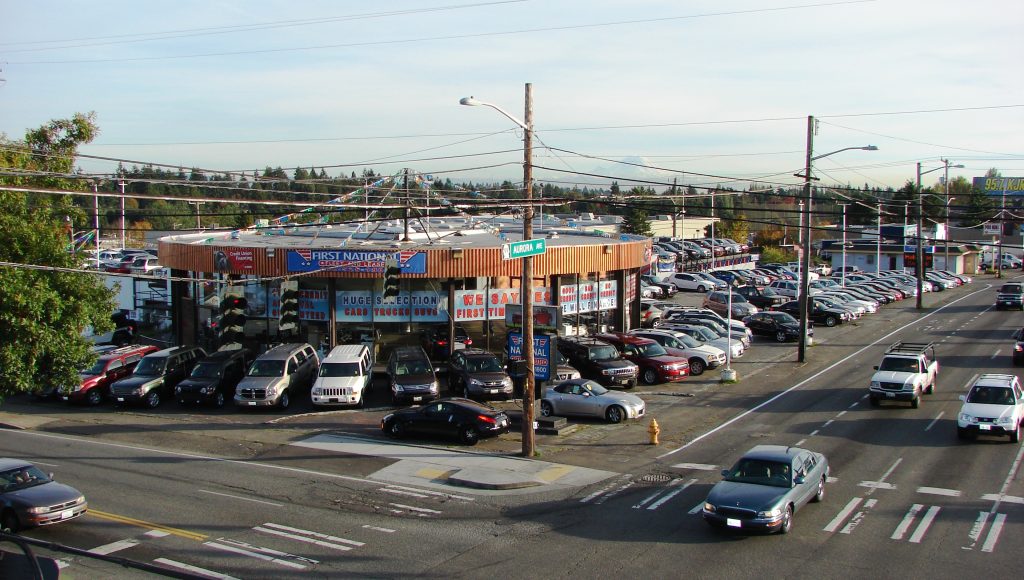 This former car dealership property has been purchased for the site of a new police station at 130th & Aurora in north Seattle.