City Councilmember Rob Johnson invites everyone to see info about projects and details of upcoming land use changes at an Open House on Saturday, November 19th, 10 AM to noon. 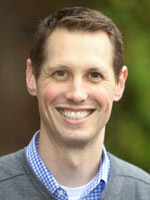 As part of HALA (having to do with affordable housing) there will be changes to the City Zoning Map.  Some areas which are Urban Villages, such as the University District, are to be “upzoned” for greater housing density.   City Councilmember Rob Johnson is hosting a U District Livability Open House event to engage with the community in advance of the proposed U District upzone.

The event will be at University Heights Center, located on University Way NE at NE 50th Street, on Saturday, November 19th between 10 AM to noon.   At this U District Livability Open House, many different city departments and agencies will be in attendance to share information about projects in the neighborhood and details about upcoming land use changes.  You can talk in-person with City Councilmembers and city agencies about the proposed changes to the University District.