Home »Businesses»Thanks for Another Great Year!

As 2016 comes to a close, we want to say thanks to all of our members for making it another wonderful year in Wedgwood! With support from Wedgwood Community Council membership dues and local business advertising, we were able to organize a number of community events over the past year, including:

We also inducted John Finelli as WCC president in September, and added new trustees Michael Chrzastowski, Chris Haskins, Joe Forgette, Jennifer Freeman, and Jess Creach between May and November of 2016. 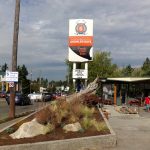 This year saw the addition of a few neighborhood restaurants. The newest branch of Veraci Pizza opened at 7320 35th Ave NE in May. The longtime Chinese restaurant at 7347 35th Ave NE re-opened that same month with a refreshed interior, expanded menu and a new name, Cherry Blossom BBQ. The Growler Guys opened their first Seattle location at 8500 Lake City Way NE on November 19th. We’re excited to have all of them in the neighborhood, and are especially appreciative of the work that Kelly Dole and the gang at Growler Guys did to keep the vision of the original architect Roland Terry as they updated the old Ying’s Drive-In building. 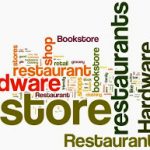 We’re looking forward to organizing more community events, celebrating Wedgwood businesses new and old, and supporting the neighborhood in the coming year.   In 2017, we’ll continue to advocate for Reimagining NE 85th Street, and work with Seattle City Councilmember Rob Johnson’s office on recognition for the Future of 35th Ave. project.  And we’ll continue to keep the neighborhood informed about SDOT’s 2018 Seattle Paving Project, other transportation projects, and land use issues.

Thanks for your continued support, and all the best in 2017!