One of the highlights of our April board meeting was having Councilmember Theresa Mosqueda join us to share some thoughts and answer questions.  Councilmember Mosqueda was elected to the Seattle City Council in 2017 to represent the at-large position 8. Her newsletter is available by signing up here.  Wedgwood resident, Maura, prepared the following summary of Mosqueda’s comments.  Join us for our Tuesdsay, May 2nd, 7PM board meeting where Councilmember Sara Nelson (Position 9) will join us. 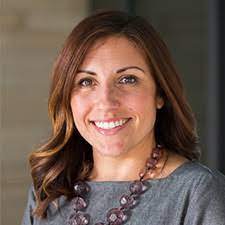 Seattle Councilmember Theresa Mosqueda is encouraged by the work the city is doing to help ease the region’s homelessness crisis. “There is nothing more important than making sure people have a place to call home right now,” Mosqueda said. Mosqueda chairs the Finance and Housing Committee and joined the April meeting of the Wedgwood Community Council via Zoom. She outlined three areas in which she sees promise.

The King County Regional Homelessness Authority (RHA) was designed as an integrated, regional system to address the homelessness crisis that continued to grow during the pandemic. The councilmember said she has been a strong proponent of the RHA and its goals of helping those dealing with addiction or mental health crises that often compound the problem of homelessness.  Mosqueda said she is pleased that the RHA now has an Executive Director at the helm. Marc Dones was appointed to lead the agency in April 2021.

All of the homelessness services contracts previously provided by the city of Seattle are now under the auspices of the RHA which means $115 million dollars from Seattle makes up about 68% of the RHA’s budget, according to Mosqueda. Seattle and King County currently are the only funders of the agency and she said she is working diligently to convince other Puget Sound neighboring cities and associations to partner with Seattle and King County in financing RHA programs.

Mosqueda also pointed to the JumpStart Corporate Tax as a reason for optimism. The tax on companies that spend more than $7 million in payroll brought in more funding than anticipated in its first year. She told the community meeting that the payroll tax brought in nearly $248 million dollars for homelessness services with 62% going directly to housing. More than $200 million has been invested in affordable housing and nearly 400 housing units have been created with the purchase of 7 existing buildings in the last year, according to Mosqueda. She said the JumpStart Program has a specific commitment to creating affordable housing for middle-income earners, as well as providing support for first-time homebuyers.

The Seattle City Council included $1.5 million for “Vehicle Residency Outreach and Safe Lots” in the city’s 2022 budget to provide hygiene services to those living in cars and RVs. Mosqueda said her personal priorities include the creation of additional “Safe Lots” as nearly half of Seattle’s homeless live in their vehicles.

Looking ahead, Mosqueda says passing the Affordable Housing Levy next year will be critical in continuing the work of the Regional Housing Authority.