Home »About the WCC »Trustees & Contacts

The WCC currently has a vacancy on its board of trustees.  If you’re interested in getting involved, please email » John Finelli.

John Finelli became a community council trustee in November 2015 and the Board President of WCC as of September 2016.  John and his wife Rebecca came to Seattle in 2014 and after renting in Hawthorne Hills, the Finelli family fell in love with northeast Seattle and found a home to buy in Wedgwood.  The Finelli’s have a daughter in Eckstein Middle School, and a son at Thornton Creek.  John has jumped into the many-pronged activities of the Wedgwood Community Council including event planning, parks acquisition, Adopt a Street, sometimes monitoring development issues, and promoting a pedestrian-friendly zone along the commercial corridor of 35th Ave NE. email »

Chris Haskins, a Phoenix native, came to Seattle in 1998. After living in many different neighborhoods he and his wife Bernedette settled in Wedgwood in 2006. Chris claims to be a web site developer, and started working with the WCC in 2015 helping out with the web site. He became a community council trustee in July of 2016. In his spare time, Chris enjoys gardening, cooking, and walking the neighborhood. If you need to contact Chris, you’ll find him at the coffee shop, or you can email him at email »

Jennifer Freeman became a community council trustee in October 2016, after working on the first Wedgwood Community Picnic. She’s excited to contribute to the council’s social media efforts and membership campaigns. A Pittsburgh native, Jen relocated to Redmond to work in the marketing department of a software company (not that one) after college. Before settling in Wedgwood with her husband Jake and two children in July 2012, Jen also lived in Seattle’s Queen Anne and Capitol Hill neighborhoods. Now she works as a project management consultant and enjoys long runs along Wedgwood’s tree-lined streets.  You can contact Jen at email » 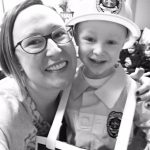 Jess Creach and her husband Nick have lived in Wedgwood since falling in love with the “Creach Cottage” in 2008. Originally from the Bay Area, Jess became a UW Husky in 1997, spent time after college in New England and then returned to beautiful Seattle in 2007. She came into the Wedgwood Community Council with the planning of the 2016 Community Picnic, which brought together some of her favorite things: food trucks, fall activities and hyperlocal gatherings. In this coming year Jess is looking forward to finding more ways to bring together the wonderful people of Wedgwood. Outside of the WCC, Jess works in educational technology, loves spending time trying new restaurants with her husband and exploring Seattle with her son.  Contact Jess at email »

Valarie Bunn grew up in Wedgwood and first began writing articles about neighborhood history in 1992 for the paper version of WCC’s Wedgwood Echo newsletter.  Currently Valarie has the on-line Wedgwood in Seattle History blog. email »