The Wedgwood Block Watch Group is an ad hoc group of Wedgwood volunteers, working to: 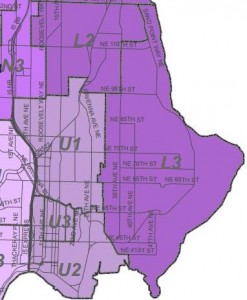 WHAT DOES CPT DO?

Unlike Patrol Officers, the CPT are here to focus on the long-term, and often chronic problems specific to individual neighborhoods. They patrol many times a day, checking and re-checking known “hot spots”.

It is their job to know the residents in troubled apartments, to recognize by sight, the “regulars” who congregate on the corner, and to understand the ongoing problems and concerns of neighbors and businesses. Residents and business owners get to know and trust the officers, making it easier to work together to resolve and prevent problems. CPT is about understanding ongoing issues that go back weeks and months and taking steps to prevent problems before they arise.

Seattle’s “My Neighborhood” Crime Map provides stats and crime reports for activity in your neighborhood.

The City of Seattle’s Block Watch website has excellent resources for starting a Block Watch, becoming a Block Watch captain, and keeping a successful Block Watch going.  They even have a great Block Watch Tool Kit full of resources to get you going.  Contact the SPD Crime Prevention Coordinator who will come for home meetings to help you get started:  Mary Amberg, Mary.Amberg@seattle.gov (206) 684-7711.

Report ID Theft to the Seattle Police.
Call the non-emergency number, 206-625-5011.
Immediately contact your credit card companies and bank to put an alert on all your accounts.

How to combat residential mail theft

Notes from the WCC on how to combat residential mail theft.

PROTECT YOUR VEHICLE
The following tips from WatchYourCar.org can help you protect your car from thieves and vandals: